While Brno may not be as famous as the Czech Republic’s capital Prague, the over 1000-year-old city of 380,000 people, located between Prague and Vienna, Austria, is undoubtedly the cultural hub of Moravia – and a vibrant university city with 89,000 students exploring the early medieval mysteries of the town.

Many of those culture-seeking students attend the Janáček Academy of Music and Performing Arts (JAMU) in the heart of Brno – for a good reason. JAMU leaves nothing to be desired for people that want to get serious about studying the fine arts and music. From harpsichord to piano, bassoon to cello, and everything else in between – JAMU offers both bachelor’s and master’s degree programs in all the major music disciplines. Even doctoral programs in Interpretation and the Theory of Interpretation and Composition are available at the well-renowned faculty.

Leoš Janáček, the founding father of the prestigious institution, has initiated an annual competition where the work of students is presented to the public in the Chamber Opera, as well as through a series of public concerts continuing throughout the academic year which has achieved a stellar reputation both nationally and abroad.

Beyond the extensive education in everything music, the history-charged halls of JAMU also provide a comprehensive set of programs for the performing arts. From directing, drama education, radio and TV script editing, through to acting, management and stage technology, students at JAMU can obtain their bachelor’s or master’s degree.

A very distinctive feature at JAMU: The Theatre Faculty is the only institution in Europe that provides a degree course in drama education for the deaf.

Convincing JAMU of the enormous benefits of ELEMENTS regarding workflow, automation, and communication was not that hard – we had a strong ally on our side: Igor Knezek, Senior Storage Consultant at JAMU – and FAMU.

After Igor Knezek had put ELEMENTS to the test and overseen the install of the ELEMENTS infrastructure at FAMU International Film and TV School in Prague, it was quite natural for him to recommend ELEMENTS to Aleš Záboj, Head of Digital Media Department at JAMU when it was time to update the existing environment. The ELEMENTS system at FAMU was supplied and integrated by AGORA plus, ELEMENTS’ certified partner in the Czech Republic.

ELEMENTS was a great fit and provides optimal performance at FAMU – and JAMU had similar requirements.

Aleš Záboj has been managing the Digital Media Department at JAMU for more than 15 years. Being an innovative mind, Aleš realized that the existing set-up, consisting of a classic Direct Attached Storage (DAS) from Infortrend and an outdated AVID ISIS, didn’t live up to the increasing expectations and requirements anymore.

With an expanding curriculum and rising demand on latest technologies, JAMU had added new applications, such as DaVinci Resolve to their existing Avid workflow. While this was great for the students, providing new opportunities to advance their education, JAMU’s digital media department faced several new challenges with those additions: More clients needed to be connected to some sort of media storage, and the requirements concerning performance had risen dramatically.

The solution in place did not only lack sufficient client connections but only provided 1 GbE connections – which caused issues regarding edit performance and throughput.

ELEMENTS vs. the competition

While on paper, ELEMENTS looked like the perfect solution already to fulfill all of JAMU’s expectations and requirements, Aleš and Jiri have put ELEMENTS through various endurance tests – side-by-side to other solutions.

With the assistance of AGORA plus, an ELEMENTS ONE was installed as a “proof of concept” (PoC).

ELEMENTS ONE has delivered better performance during the PoC than any other solution. 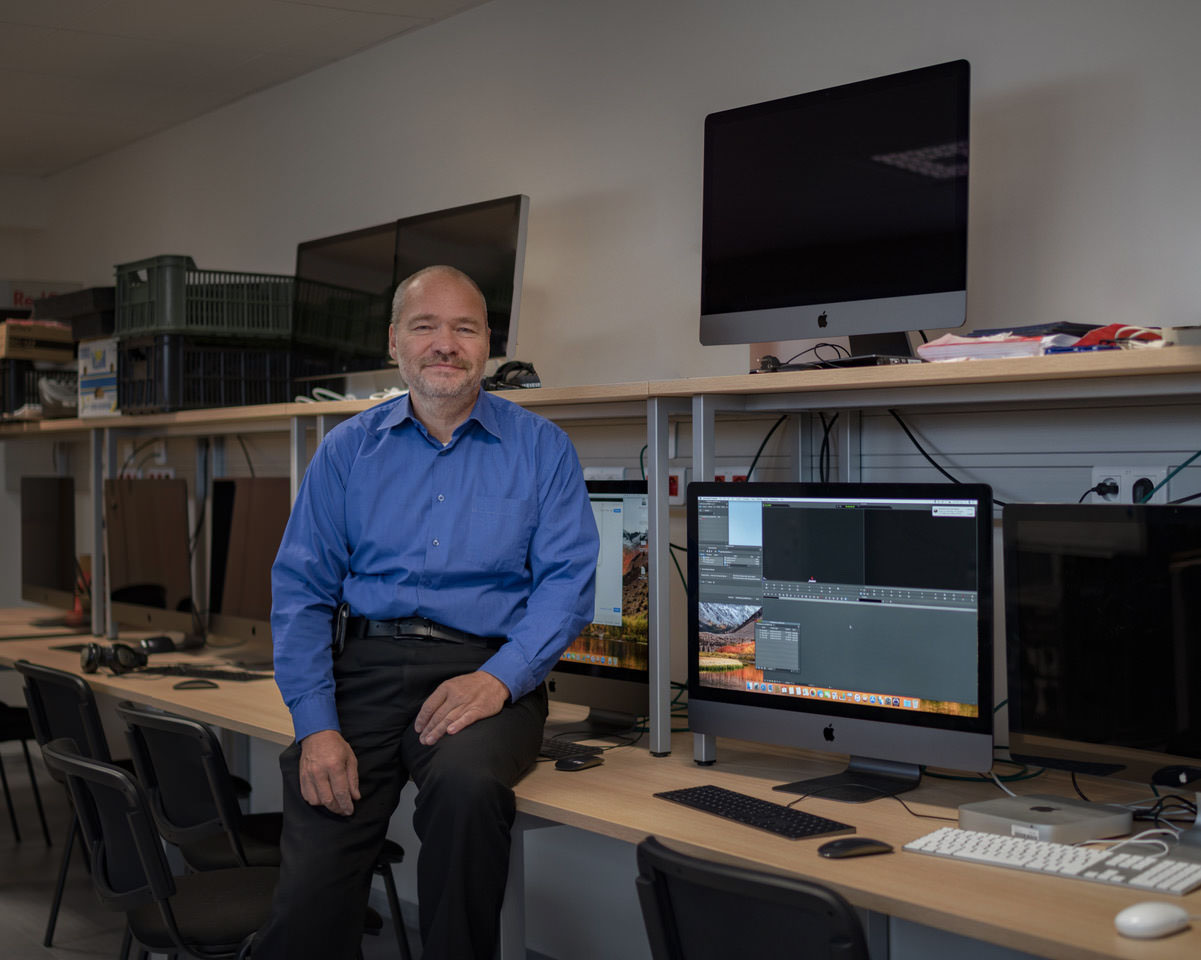 As usual, ELEMENTS outperformed the competition easily, leaving the others behind – and Aleš was convinced that this unique solution would help JAMU not only in terms of media storage.

For the newly established mixed environment with workstations from “both worlds,” Fibre Channel and Ethernet, ELEMENTS ONE was the perfect fit. Providing both Fibre Channel connectivity for the DaVinci workstations, and simultaneously Ethernet connectivity for the Avid Media Composer clients, the ELEMENTS system allows the professionals at JAMU to connect all clients and share assets across one central system.

As expected, the installation performed by AGORA plus was quick and professional.

Now the high-speed storage connects the iMac Pro AVID workstations via 10 GbE and the DaVinci workstations via 16 Gb Fibre Channel. The ELEMENTS ONE emulates the Avid ISIS storage protocols at the file system level, meaning that Media Composer connects seamlessly. All standard edit operations function as normal including bin locking, with no additional training needed and at 10 times the performance bandwidth. Through the use of their normal Active Directory logins, students can easily view course content they are entitled to see and upload course work to their allocated areas.

A bright future with ELEMENTS

Aleš Záboj, the technical expert, appreciates the significantly improved performance and the simplified access for all workstations, including the easy AVID integration for the new iMac Pro high-performance workstations.

However, as an artist himself, Aleš also appreciates the benefits of ELEMENTS’ fully intuitive, web-based user interface that makes it very easy to manage all clients from one centralized point of access. 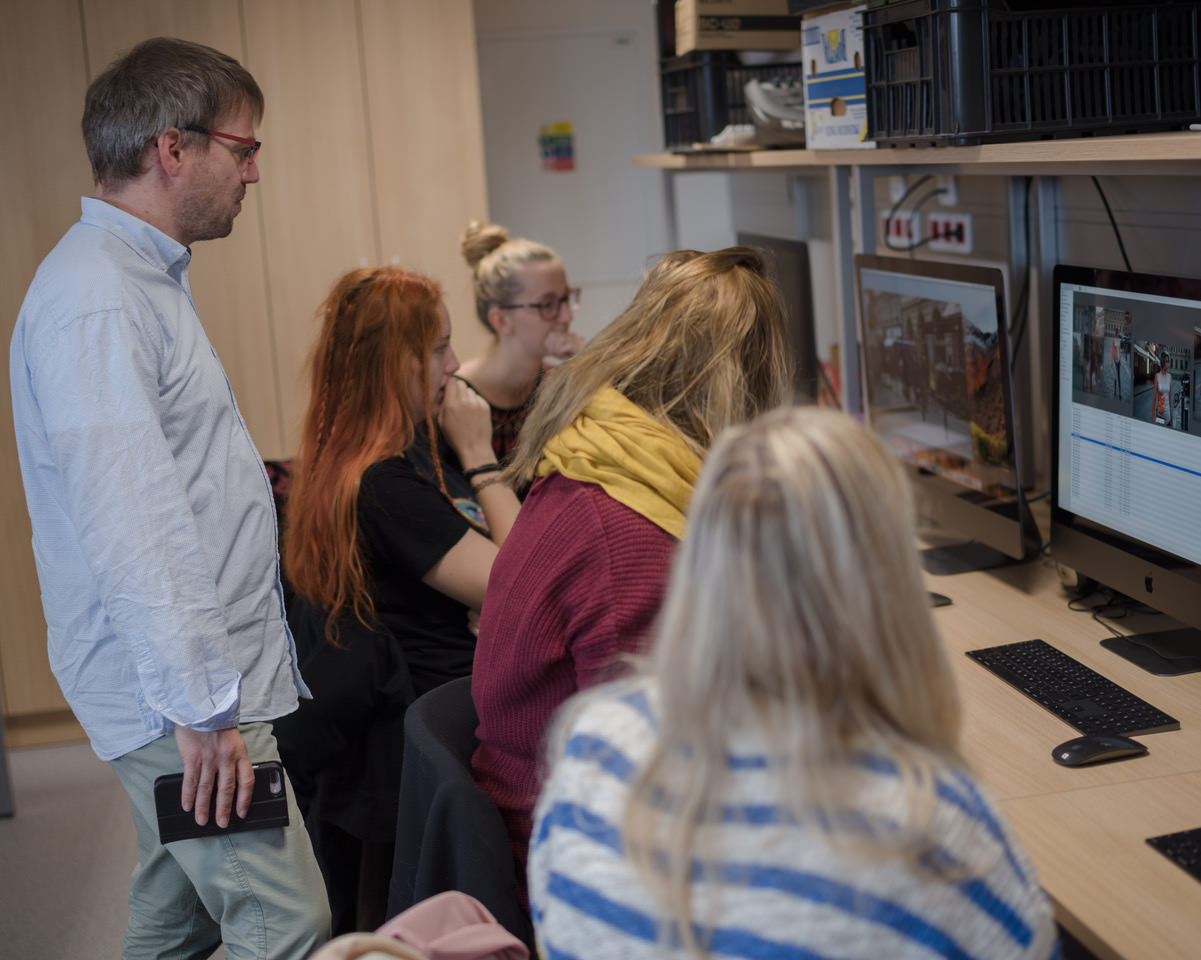 Artists don’t like to deal with technology – they just want to use it. That’s why ELEMENTS is perfect: Easy and intuitive to use.

JAMU is planning to expand the ELEMENTS infrastructure rather soon with ELEMENTS Media Library and archive, giving a feature rich, professional and tightly integrated solution.

A friendly Welcome to JAMU, the new member of our ELEMENTS family!