We have more and more jobs that need to be turned around in less time (and with tighter budgets). So, we need to be more flexible and agile with tighter milestones and reviews. 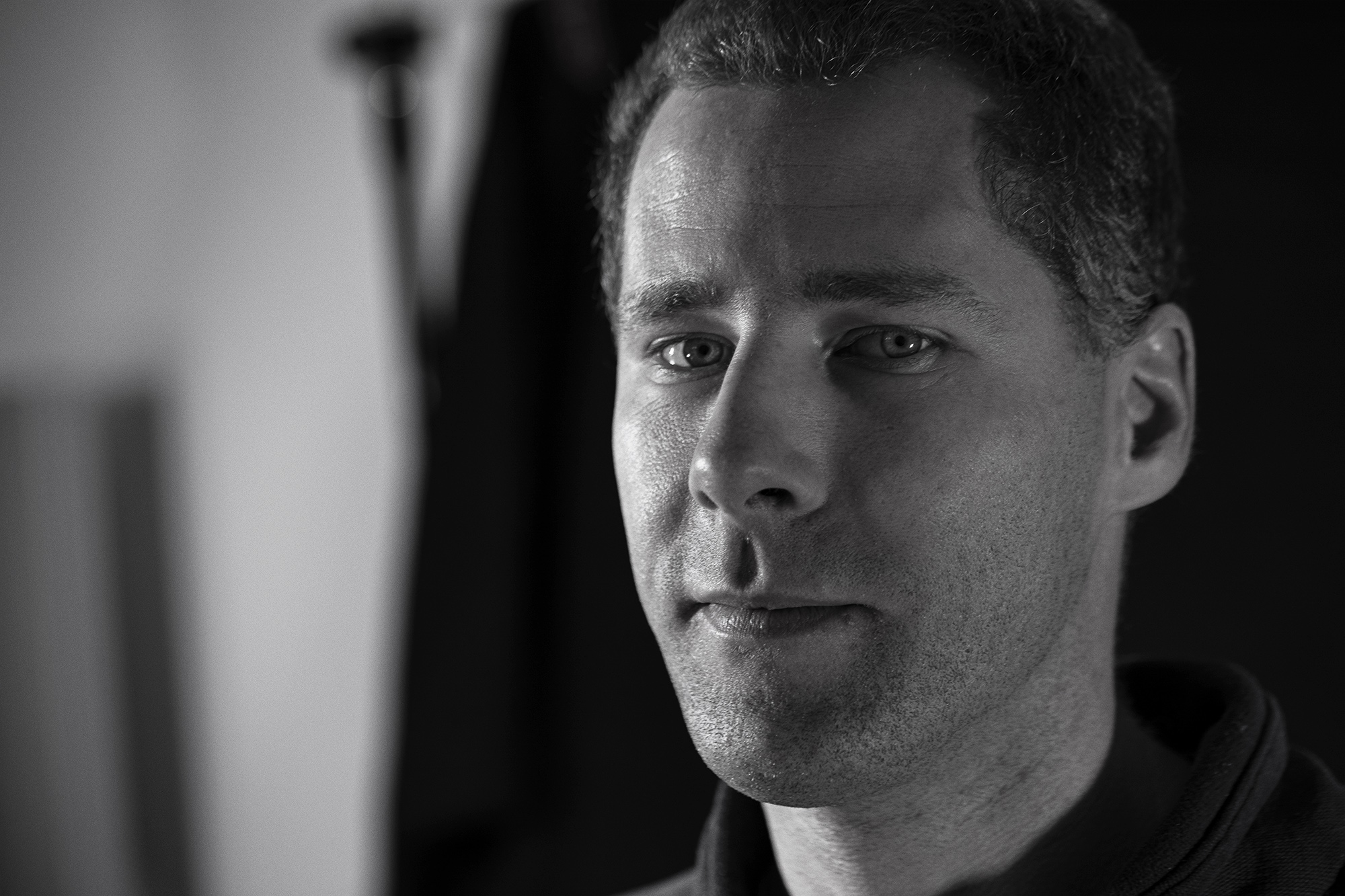 Technical Director and Compositing Artist, Stefan Kirste looks back at how Suedlich-t launched and how founder, Andreas Fuss created a business by innovating and embracing the opportunities presented by changing technology use and integrating departments: “Andreas had been working at a historically successful, large VFX and post house called Second Unit, but the company were committed to proprietary hardware dedicated to single use applications.

“Andreas saw the future as being more agile and flexible by running applications such as Autodesk Combustion off non-proprietary hardware. Andreas launched Suedlich-t with five artists. When I joined in 2005 as a Junior Comp Artist, we were working on self-contained workstations, as islands, on which we’d run multiple applications like Maya or Combustion, depending on what we needed to get the job done. 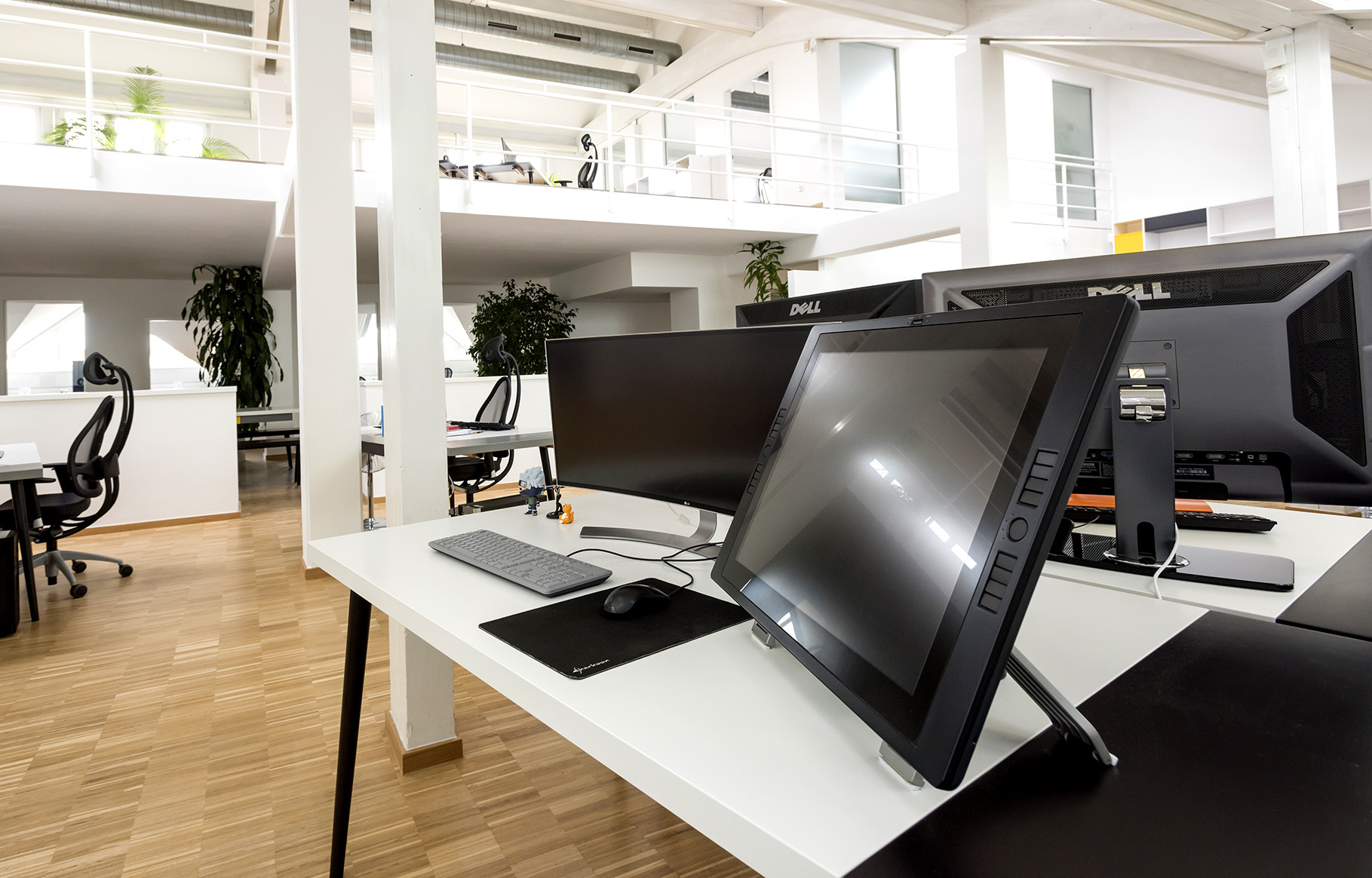 Suedlich-t’s Supervisor, Bene Hocke joined the team in 2008 as a 3D Artist. “My role has evolved and I am now the communication link between all of the departments – from production through 3D, creative and compositing. I’m involved with the production team when discussing a new brief with a client and I am also on hand to work out costs. I scope the possible workflows and how we can most efficiently fulfil a new project. I pick it up from the start and identify the key milestones and review the project at each stage from defining the look through to quality control.”

We always like to work at the highest resolution from the native files, even if the deliverable is only HD. It makes it easier to key in elements for a better final deliverable.

Stefan Kirste outlines the breadth of work Suedlich-t now completes for a varied customer base: “We can be at the start of a project working on-set with ARRI and Red cameras where the native asset would typically be RAW or Pro Res 4444. For other work we’re adding VFX material to ungraded offline editorial files or to graded plates; for example, painting out and replacing products. Most of the material we receive comes across as DPX or Pro Res 4444 at up to 50 frames per second. Sometimes we work on the RAW files and then hand over the material to picture post production for the grade.

“Most of the work we do is 4K, but we are increasingly working at 6K and 8K and have even created files at up to 15K. We always like to work at the highest resolution from the native files, even if the deliverable is only HD. It makes it easier to key in elements for a better final deliverable.

IT’S ALL ABOUT EFFICIENCY

“We all have the same PC workstations running Windows across all departments, but with faster PCs for the more intensive work. Everybody here is a kind of generalist and has a good knowledge of all applications, but we also have specialists. Our application choices are all about finding the most efficient path to get the job done. We mainly work on Nuke and Fusion for the compositing work and Adobe for graphics. We use Premiere as the first choice for the production department and for online and finishing we’re using Da Vinci Resolve.” 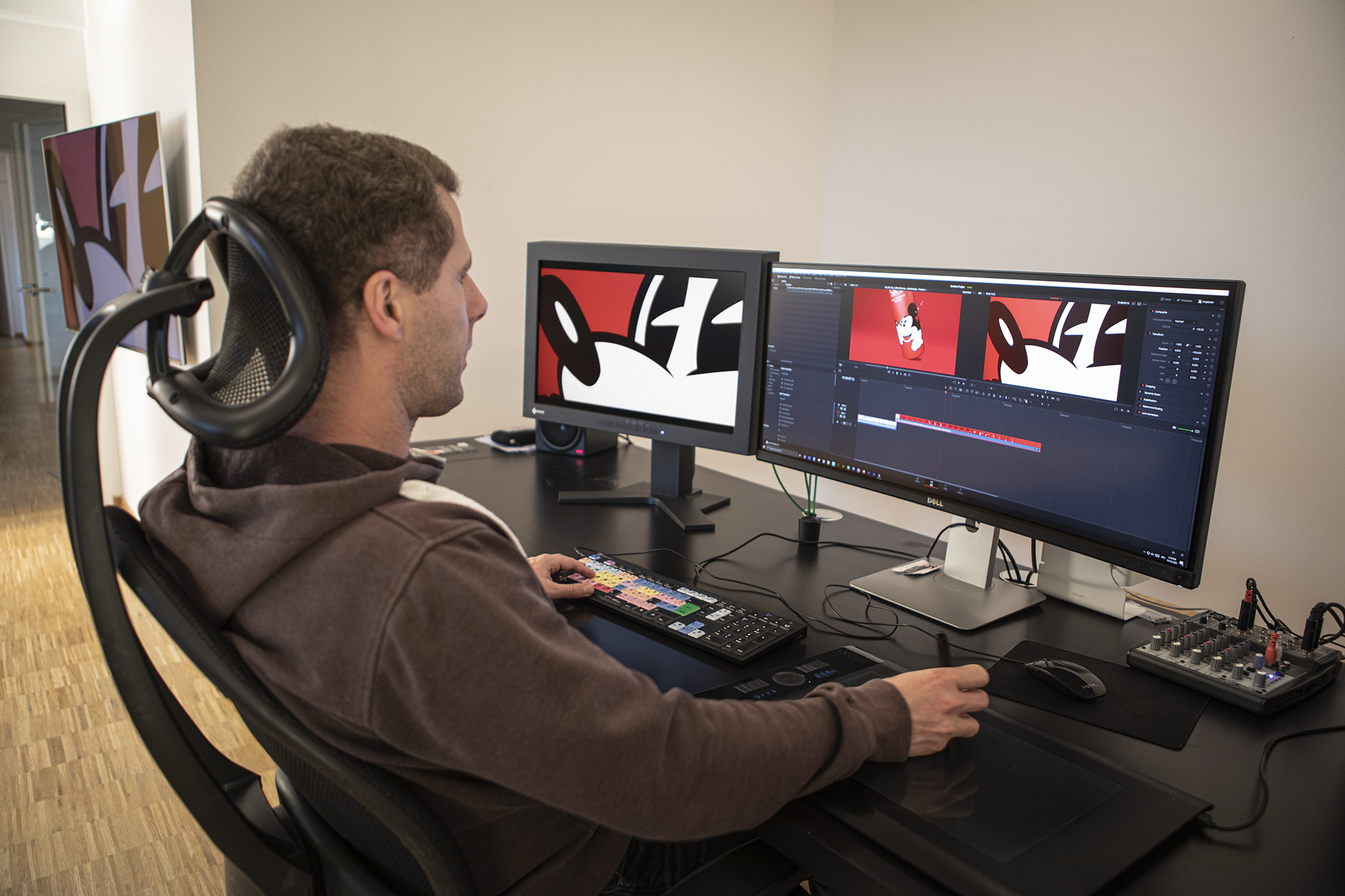 “We bought the ELEMENTS BOLT a year ago. Before that we had grown organically adding storage as we needed it. One of the servers was 13 years old. Our storage was old and slow using 4gig and 10gig StorNext. We were running four storage servers running over fibre: one for 3D, two for the compositing department and so on. If we sent a job to render, and for some reason it was often an alembic file, it could create a bottleneck.

“We have the ELEMENTS BOLT with 80TB NVMe SSD storage plus an extra 200TB as ELEMENTS’ own HDD JBODs. We need this much WIP storage as the projects we work on almost always need to be available over a longer period than the initial deliverable and some projects can run for over a year. Most projects require different versions (based on different final lengths and for multiple platforms including social) and then there are jobs for different countries where we need to revise the content, for example with localised packaging, and on top of that we have different deliverables working from the same original project material. It makes much better sense to keep the projects live than to archive the project when we have to return to the project on a regular basis. If it hasn’t been touched for six months, the production team asks the client what we can archive to LTO.

“We bought four ELEMENTS Workers so that we can attach all of our clients to the server, with three to five connected through each Worker and all connected through Mellanox 100gig ethernet. Everyone now has the same connection and we have 15 connections running off our central ELEMENTS BOLT storage all connected at 100gig. We thought everyone having this super-fast bandwidth was the best solution and given that it was only an additional 200 Euros /per seat at the client side to achieve this level of universal connectivity. 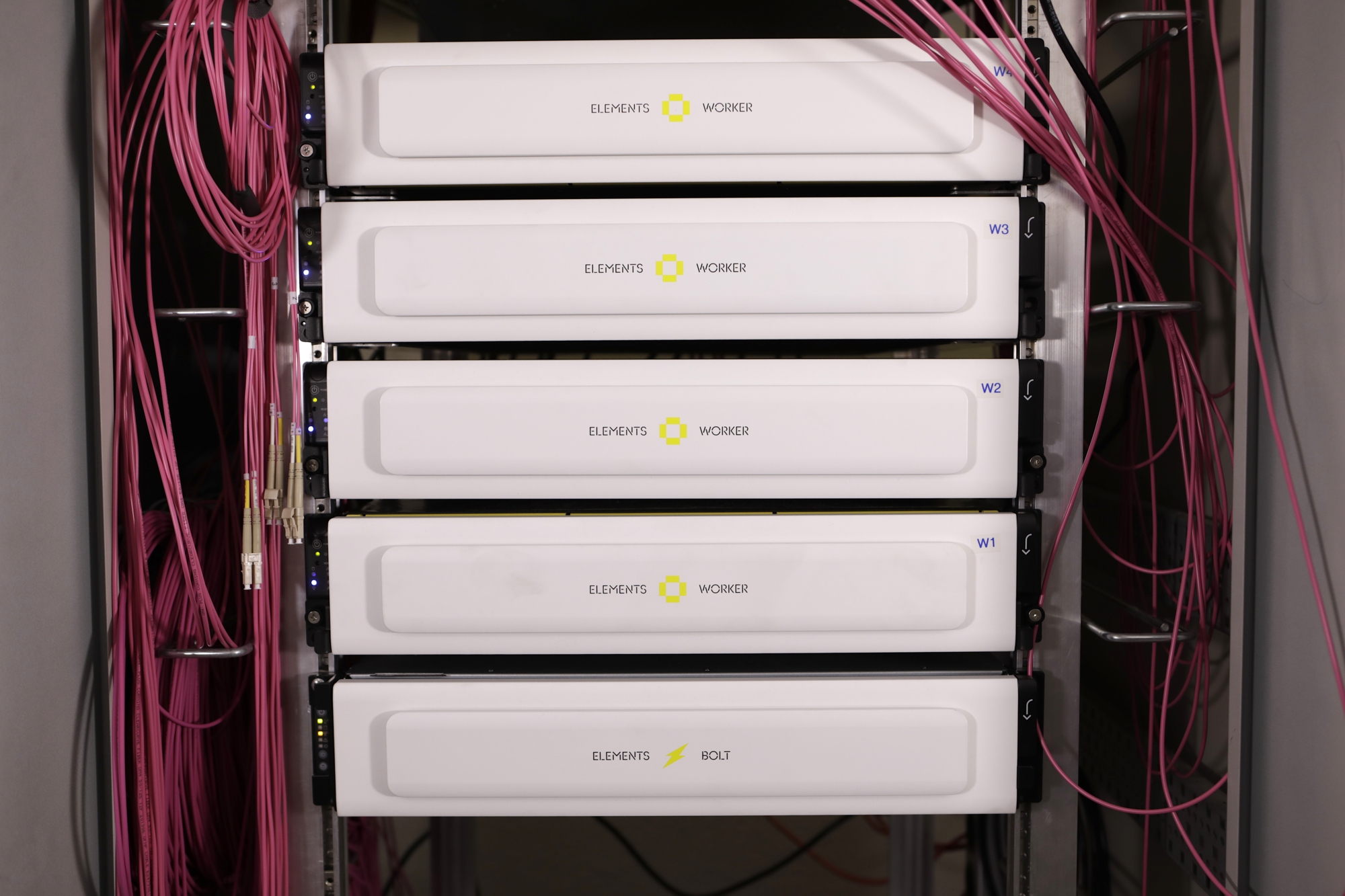 Bene Hocke: “There are no user privileges so every user and artist can access all of the storage for all projects. This makes us much more flexible. Our artists can be working on four or five different projects every day so it makes the most sense to have them jump on a job based on need.”

Stefan Kirste: For 4K DPX you can easily run two timelines at 25 frames per second. If you have a comp, you can be sending rendered sequences to the central storage while picking up other sequences in real time. As we have multiple artists working on the same files, this significantly increases our turnaround times. Our artists can sometimes all be accessing the same file, the same alembic files and the same textures. If you start a job, everyone can access the work at the same time, and we don’t have any bottlenecks like we did before. 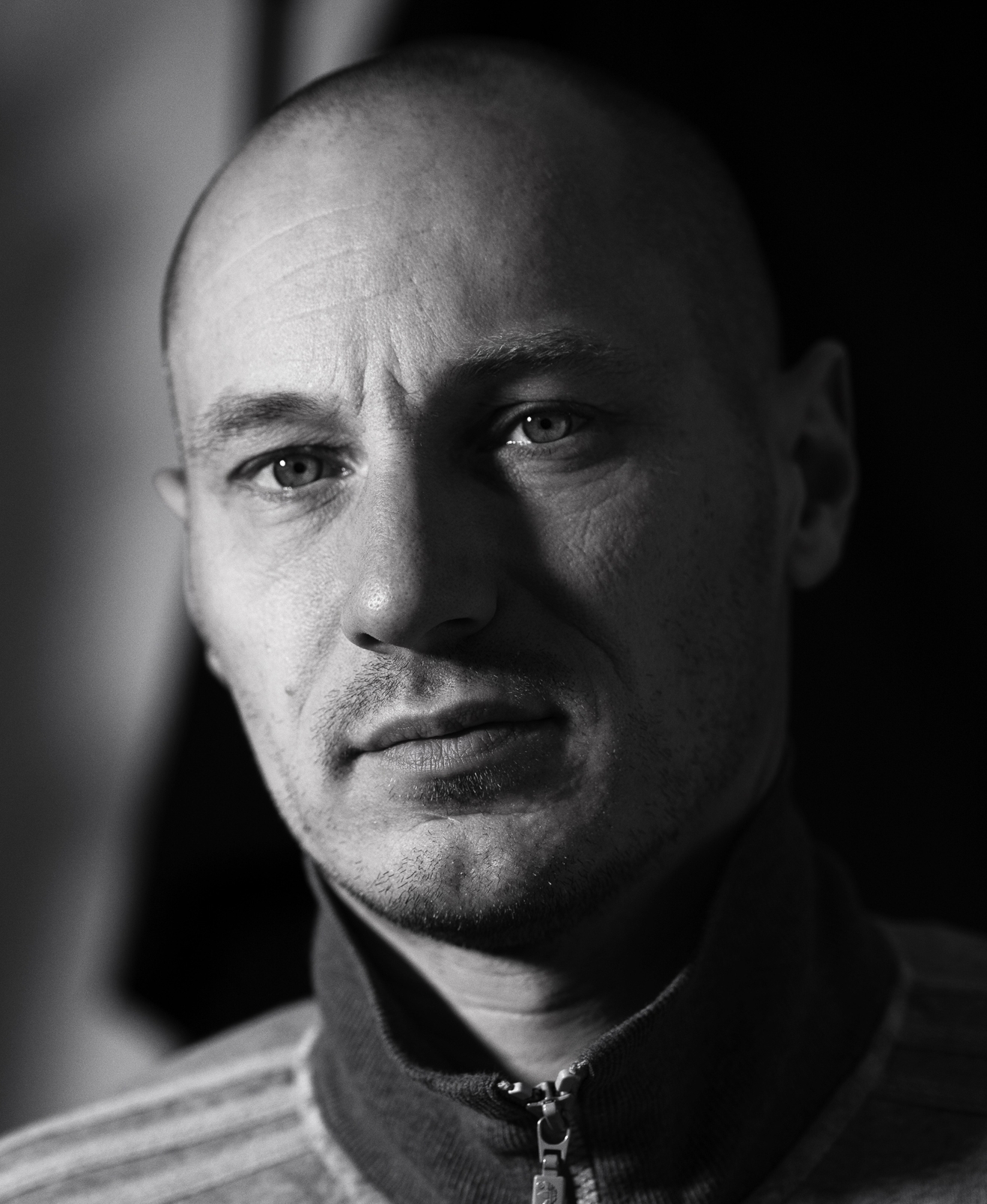 We need a simple system that just works without constant intervention.

“We looked at two other options and were about to commit to one of them, but to achieve the performance we required we had to add on other products to achieve the speeds we wanted. This would have given us more things to administrate and manage, but with the ELEMENTS BOLT storage we only have one management console with one interface. The cost implication was about the same, but the ELEMENTS BOLT was the more modern and elegant approach.

Bene Hocke chips in: “As a small company, we don’t have a separate administrator. Stefan is both our Technical Director and Senior Compositing Artist. We need a simple system that works without constant intervention.”

Stefan Kirste continues: I don’t have to worry about what might go wrong and we’ve had no issues with the Bolt. The migration was seamless. The reseller configured the ELEMENTS BOLT at their offices, and it took two days to migrate all of our material across after install.

“After we got the ELEMENTS BOLT, we got an 8K project with 10,000 frames for a Chinese client, to run on multiple panels coming in on different formats and resolutions – one CGI element was coming in at 15K. We would never have got or been able to manage this project if we had been running on the old storage. 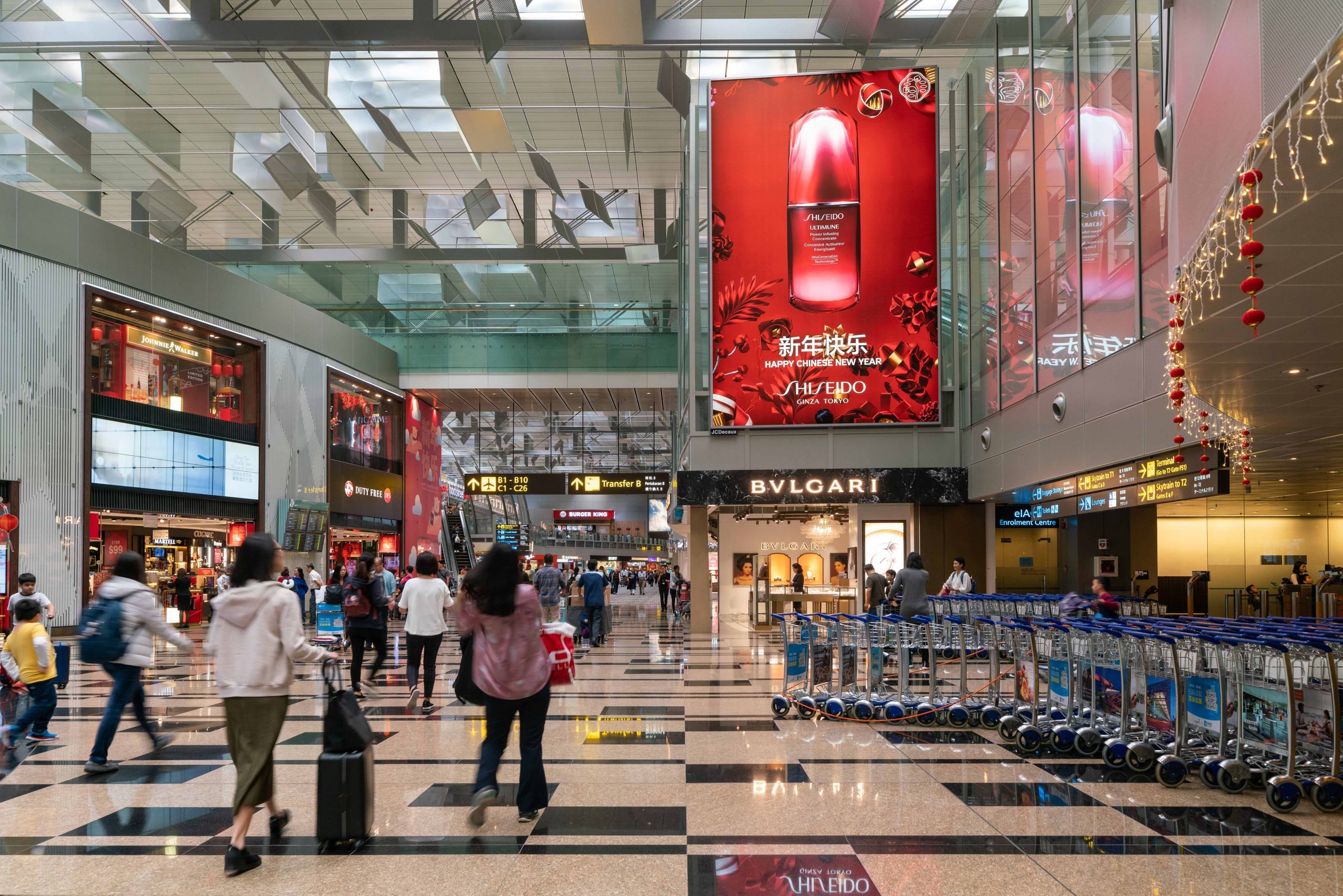 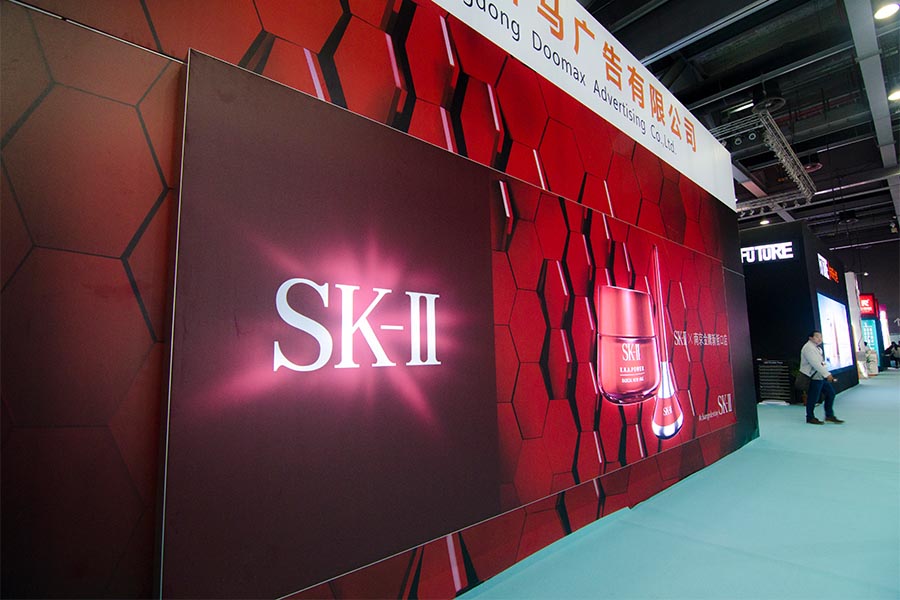 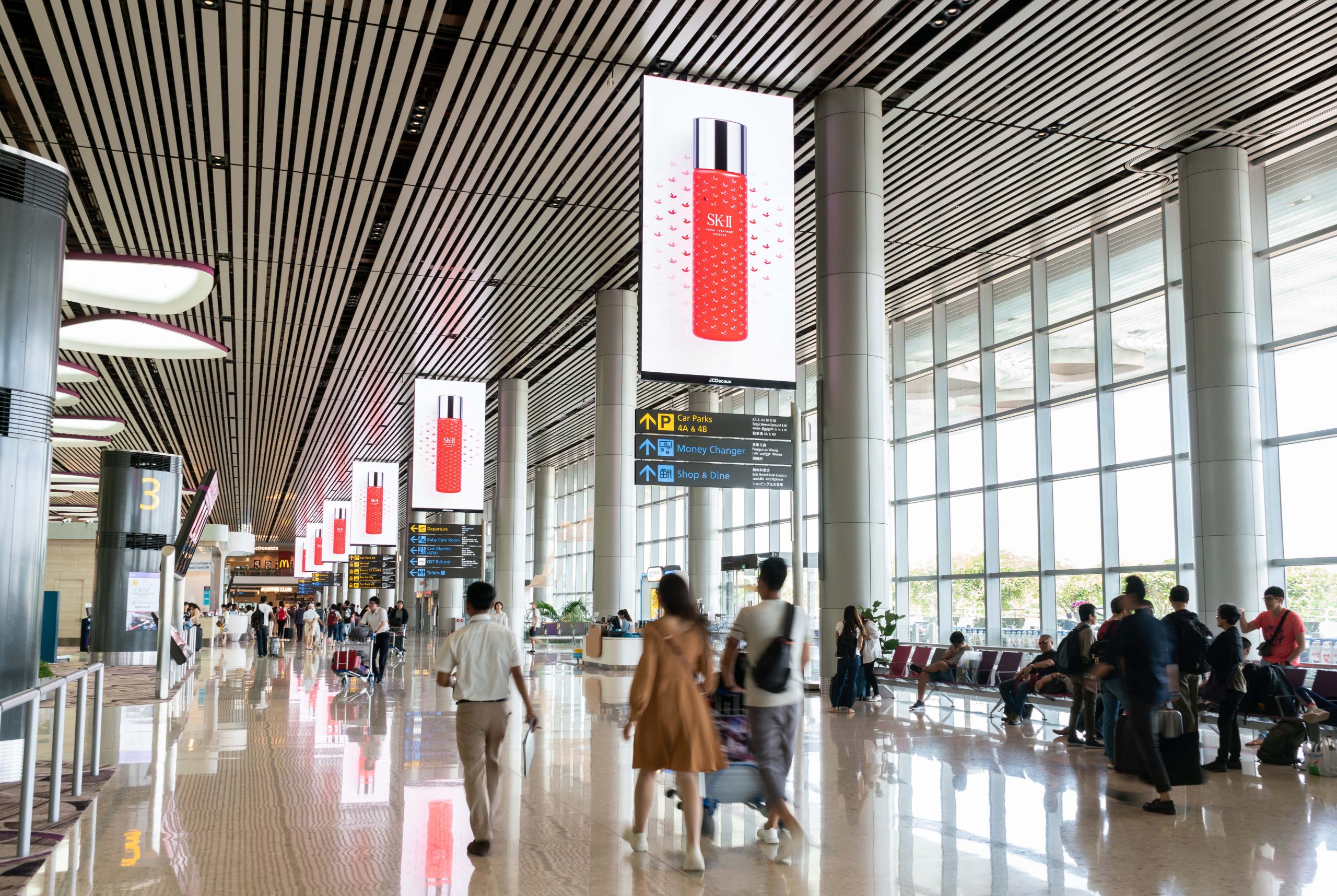 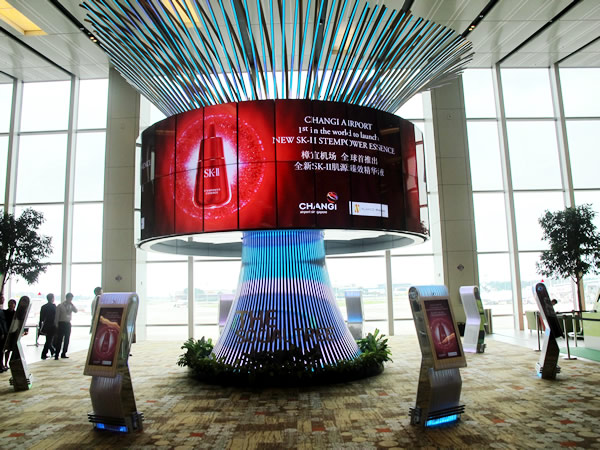 “The benefit to the business can be seen in every job on a daily basis. If we are making a RAW file from DPX, it is done more quickly. If we’re searching on the storage, we can find what we want and work on it more quickly. If we’re exporting VR scenes for rendering, it is done more quickly. It’s a huge benefit compared to before. It was not bought for one job, the ELEMENTS BOLT is an everyday benefit. For example,with the GPU accelerated Da Vinci Resolve, I can render DnxHD files at 200 frames per second for DNx – that’s eight times real time.

You sense that both Bene and Stefan are still in admiration of their new workflow as Bene Hocke adds: “And it’s the same for the 3D guys checking their files, we’re working with 4K multichannel EXR files which with all the passes can be very large. Watching these files back for review is so much easier now. We used to convert our files to a Jpeg, but we don’t have to do this anymore as we are able to quickly process and render the files working with the ELEMENTS BOLT and super-fast client connections.”

Stefan Kirste concurs: “When we realised that the ELEMENTS BOLT central storage was as fast, if not faster, than working from a local SSD (Sata), we were amazed. We no longer use them as there’s simply no benefit. We have more and more jobs that need to be turned around in less time (and with tighter budgets). So, we need to be more flexible and agile with tighter milestones and reviews. The ELEMENTS BOLT fully supports us in this endeavour.”

And Bene Hocke concludes: “The connection speeds make it much easier for the artists who no longer have to worry about bottlenecks. If everybody has full access, everybody can help each other. The senior artist can help the junior artist by opening the same file on their workstations, which means we don’t have any restrictions. We can share and focus on the creative work with each other more fluently whilst working as a team, no longer isolated or separated.”