A seamless transition for a production powerhouse

The ELEMENTS ONE was an essential component for this transition.

dock10 is the powerhouse for television production in the North of England with ten purpose-built studios, including the largest television studio in the United Kingdom. Both the BBC and ITV shoot and deliver primetime Saturday night entertainment shows from the studios located at Salford Quays, just across the water from the iconic Old Trafford football stadium, home to Manchester United.

dock10 also offers extensive picture and audio post facilities and VFX for a broad range of broadcast, commercials and corporate customers. Working with the most advanced and innovative technology, dock10 delivers hundreds of hours of content a year. dock10’s post facilities include Avid editing, Avid Pro Tools audio and voice over booths, Baselight, Resolve and Lustre and the latest Autodesk Flame suites for VFX.  dock10 post has won multiple awards for both creativity and technical innovation including winning the Best Post Production House at the Broadcast Awards 2020.

Red Production Company is a multi-award-winning UK independent production company that specializes in high-end drama for UK broadcasters. They had won their first Netflix Original commission for the now critically acclaimed eight one-hour part series, “The Stranger” (released in January 2020) and were required to deliver the series in 4K HDR. Red turned to dock10, their trusted and preferred post supplier, with their new challenge. 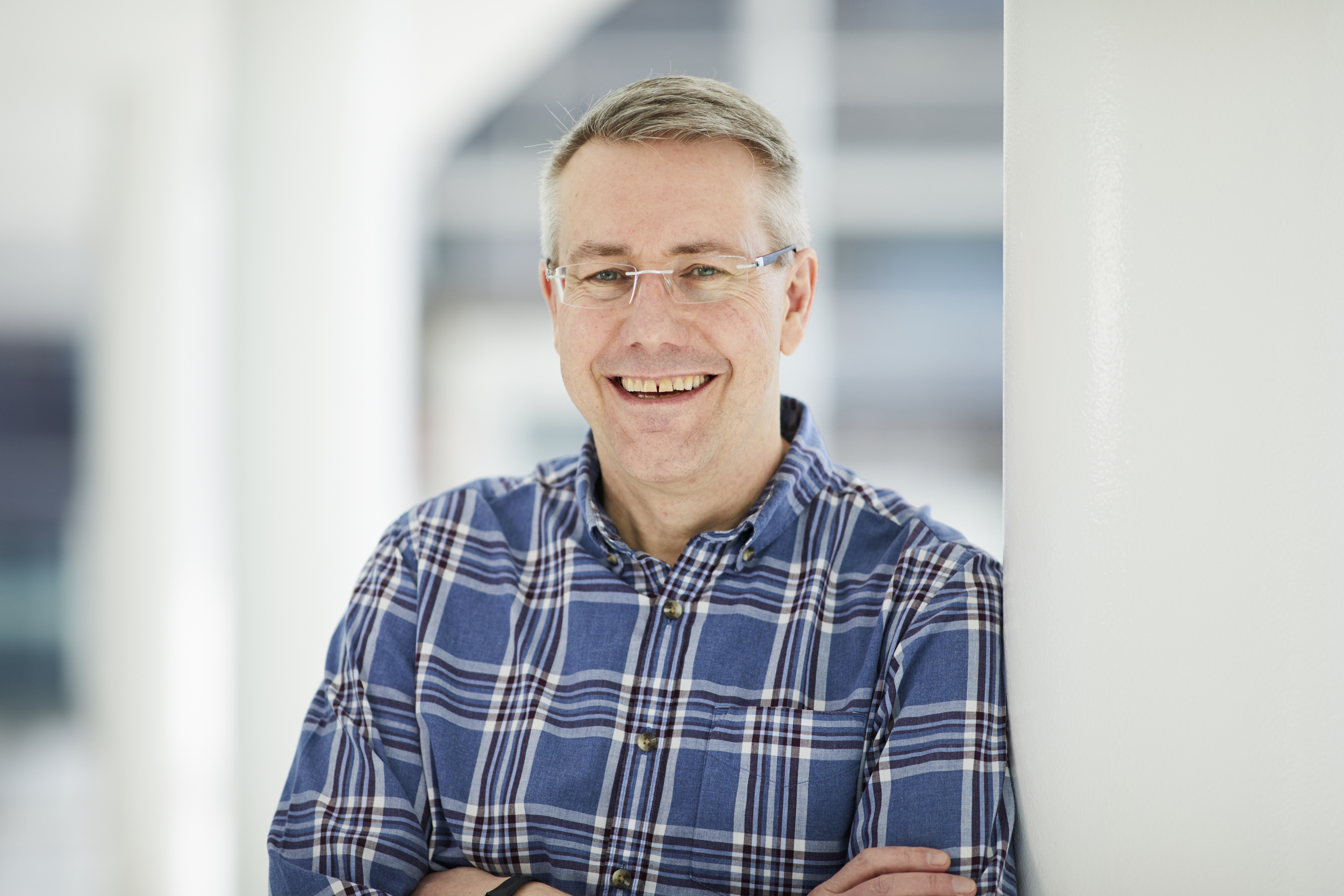 Head of Post Productions Broadcast Operations at dock10, Brian Hardman knew the much greater demands of a Netflix show required a root and branch change to what they had been used to, “taking on the full gamut of Netflix deliverables lifts the bar from traditional HD, terrestrial workflows and deliverables. We had previously worked from 4K acquisition for an HD delivery but nothing like 4K HDR.”

“We’ve had a small VFX department for some time with some talented VFX operators and were used to doing low to mid-range commercials and VFX for traditional HD output working within a more traditional video-based storage environment. We wanted to develop and grow this department to encompass Tier 1 4K drama. But this is a big step up.”

A primary aspect to the changed workflow was the need for a server and storage that provided the much higher bandwidth that 4K HDR demands for real time playback and rendering across multiple workstations. Hardman continues, “the conversation began at the start of 2018. We understood that our estate wasn’t ready to support the kind of workflows and demands that come with high-bandwidth OpenEXR workflows.”

“The show was shot on the Sony VENICE at 4K anamorphic on the X-OCN ST recording format and then brought in and transcoded to Dnx36 and 16bit linear OpenEXR, all working within an ACES AP0 colour pipeline. Due to the nature of the deliverables and some of the more complex VFX shots, we had to work with de-squeezed EXRs, resulting in an 8K working format.” 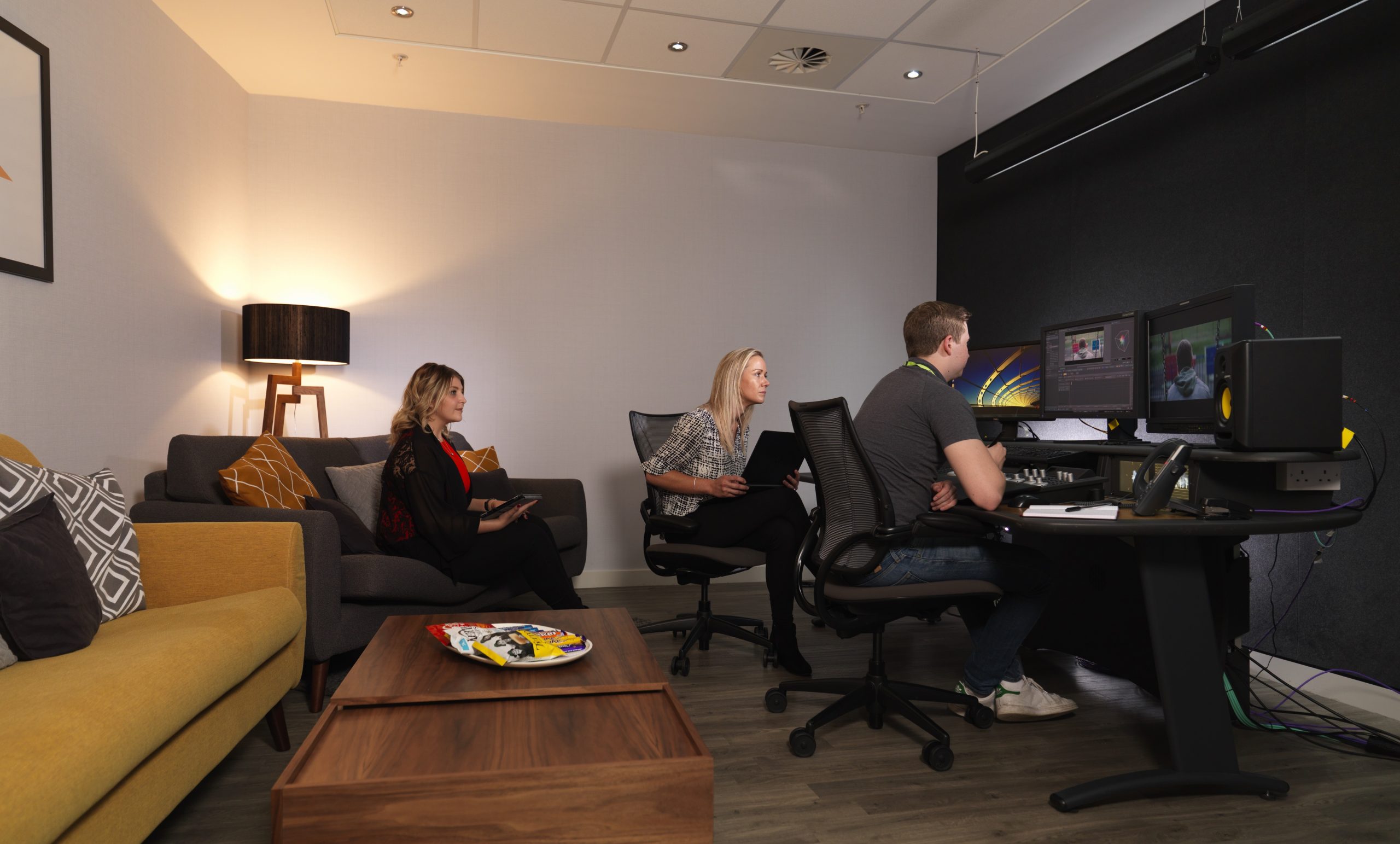 The speed of the ELEMENTS ONE made this process relatively painless and enabled us to meet the delivery specs, whilst ensuring all colour decisions remained intact without any drop in image quality.

An infrastructure fit for purpose

Hardman first turned to the streamer for knowledge and support, “Netflix were brilliant to work with. They were very supportive and helped us with all aspects of the workflow. You start with the deliverables and work backwards. The first big challenge was that we needed a suitable storage solution that could deliver an OpenEXR workflow.”

After which he picked up the new requirement with his VFX reseller, who he knew had plenty of experience in the HETV space and had helped other post houses make this transition. “We spoke to our trusted reseller, XTFX, who support our two Autodesk Flames. The brief was familiar to XTFX, and they totally understood the requirements we had. And the ELEMENTS ONE was the obvious choice.”

“A primary requirement was a storage environment that could mount and efficiently run the Flame estate. Overall, we wanted to have two Flames running in real-time, some VFX workstations hanging off it and Blackmagic Resolve for the grade and to support the deliverables.”

“We bought the ELEMENTS ONE with 380TB of WIP storage to handle the project and with all the versions and temps we had, we almost filled it. We must have used between 350 and 360TB. The VFX was even bigger than we had anticipated.”

“The kit of parts included Mellanox to move the high-bandwidth data around. We had the Flames and Resolve running off 40GB client connections to get the real-time playback performance we required. We also bought two of the first Sony BVM-HX310s for monitoring and two Leader Electronics Scopes for test and measurement. Our grading artist Jamie Parry had very specific requirements and wanted to ensure the project would run as seamlessly as possible.” 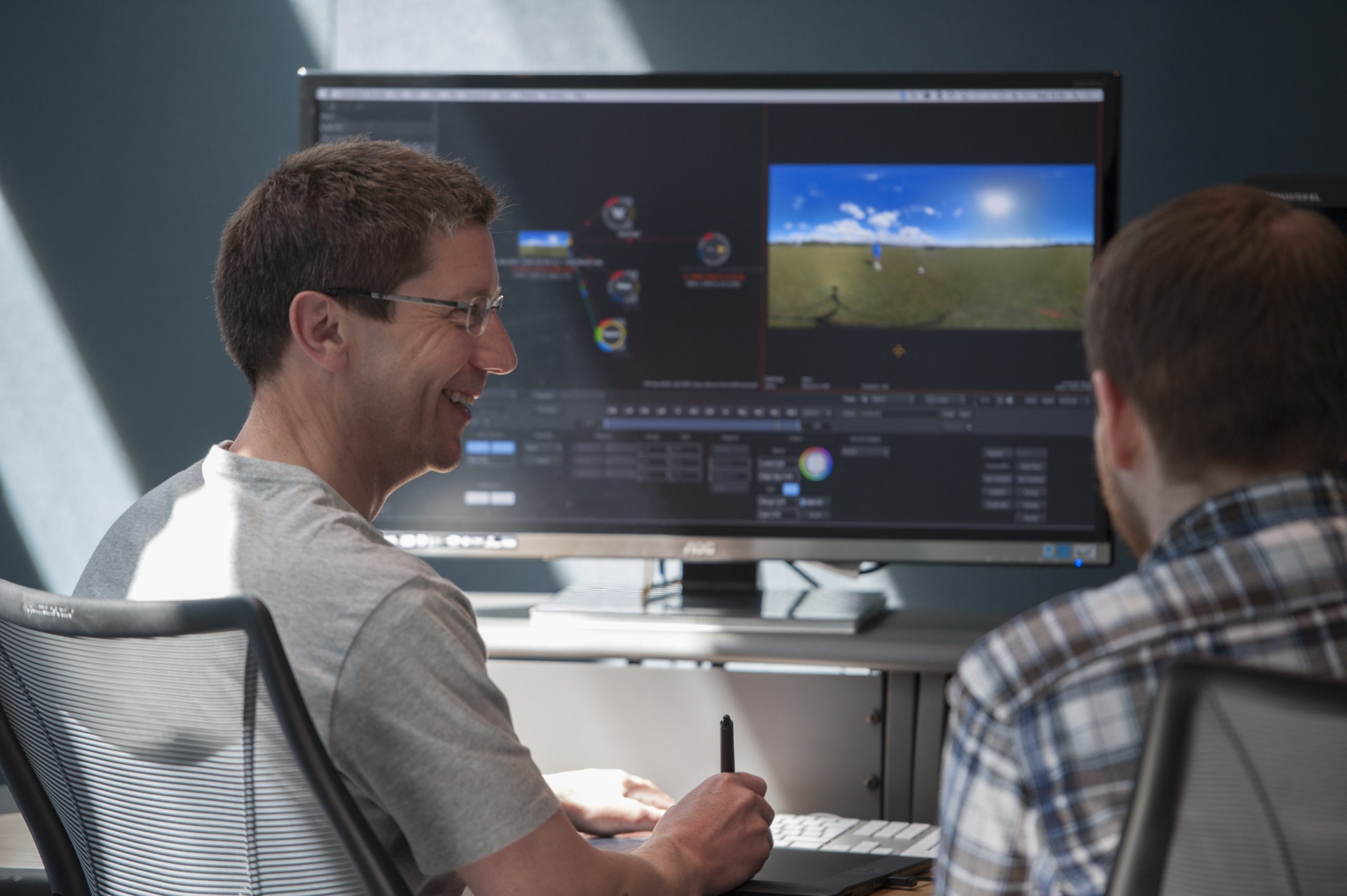 Hardman has no reservations about his investment in the ELEMENTS ONE, “The speed of the ELEMENTS ONE made this process relatively painless and enabled us to meet the delivery specs, whilst ensuring all colour decisions remained intact without any drop in image quality.”

The ELEMENTS team were very hands-on and proactive. It was painless.

Hardman was not only impressed by the ELEMENTS ONE but by a can-do attitude and fully supportive culture across the ELEMENTS team. Hardman continues, “we had excellent support from ELEMENTS from the outset. Alistair Washbourn came up and provided overview training for our technical team and was always available afterwards, acting as a conduit to the right engineering support. We had almost immediate access to their senior technical people with the right knowledge when we needed them. There was no feeling that we were in a support queue. The ELEMENTS team were very hands-on and proactive. It was painless.”

“It wasn’t at all painful to get it up and running to support the workflow.

“There are storage vendors where you say, ‘Media and Entertainment’, and they say ‘yes, we do video’ but they don’t really get it. It’s about understanding the requirements of a workflow. There’s a big difference to saying we support video files to working with ELEMENTS where you know they’ve had these conversations before. You don’t feel like you’re pushing the envelope with them and that is a true comfort.” 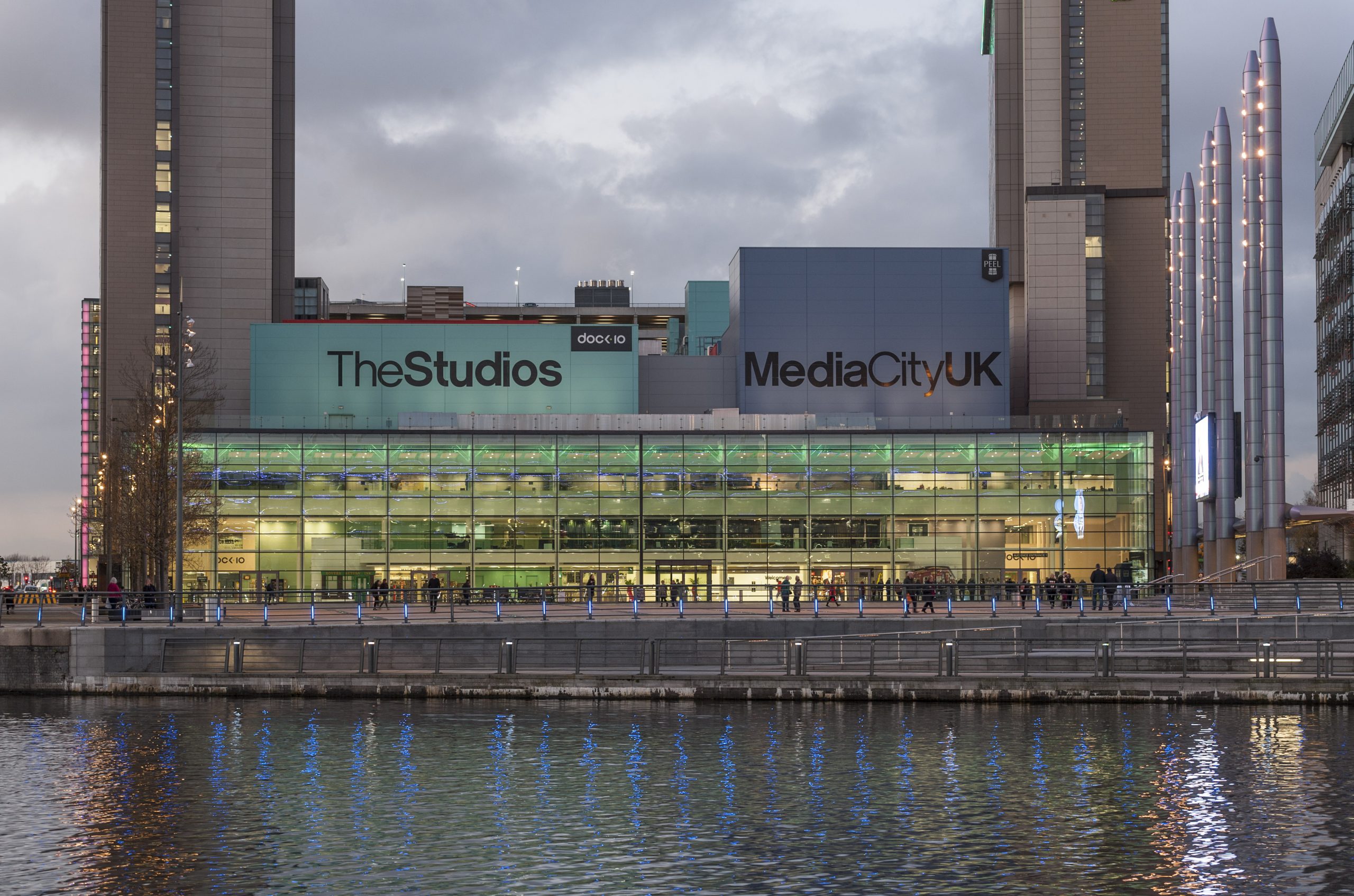 The experience was very positive, and Hardman already has a confirmed future Netflix project and is making further investments in dock10’s HETV post offer. “The end project delivery ran like a charm. Netflix received the project and we filled the 90TB Amazon Snowball delivery unit.”

“We’ve subsequently used the ELEMENTS ONE for other drama projects for various broadcasters and streamers as well as for many short form commercials. We’re now gearing up for our next major Netflix series with Red Productions where again we’re doing full post and with Netflix trust and support, we’re now investing in QC to be able to send the finished deliverables straight to them.”

Hardman has no doubts about his storage investment and the key role it played in making this step-change, “the ELEMENTS ONE was an essential component for this transition.”