Meetal Gokul is the Senior Director, Client Services at IMAX, Los Angeles. As well as an international expert in post-production, Stereo3D, colour grading and facility management.

Meetal thank you for joining us. Perhaps we could start with you taking us through your career journey so far?

I entered the industry through an internship at Quantel and was mentored by none other than yourself Danny. Having the opportunity to work at Quantel as an intern was great. The company was really focused on technology, software, their clients and the wider industry. I carried out product demonstrations, learnt about top of the range equipment, and met with studios, clients and filmmakers. I was 21 and straight out of university when I got the role, so it was a huge opportunity for me. It opened up doorways for me to undertake placements at Lip-Sync post in Soho, Dragon DI in Wales and Futureworks in India, where I was the lead colourist.

Once I finished the internship I became a senior product specialist. I made myself a part of what Quantel were doing in terms of technology development, presentations, working with the R&D team, and I became one of Quantel’s key 3D Stereo experts. That was in 2008, which was the same time that Park Road Post were investing heavily in Stereo 3D, because Owner and Director Peter Jackson was about to embark on a big 3D film journey. I was then presented with the opportunity of going to work at Park Road Post in Wellington, which I accepted. At the time they had no foundation for 3D,  so my role was about building a foundation, training, and working with the locals in Wellington. I was teaching and getting everybody ready for what was going to be a huge embarkation. It was a big responsibility and something that I was really happy to take on. Working at Park Road Post was a phenomenal experience, and it wasn’t just that I was working for Peter Jackson – it’s a facility that is available for anybody, any filmmaker, whether it’s a low budget movie or a music video, everybody goes there. 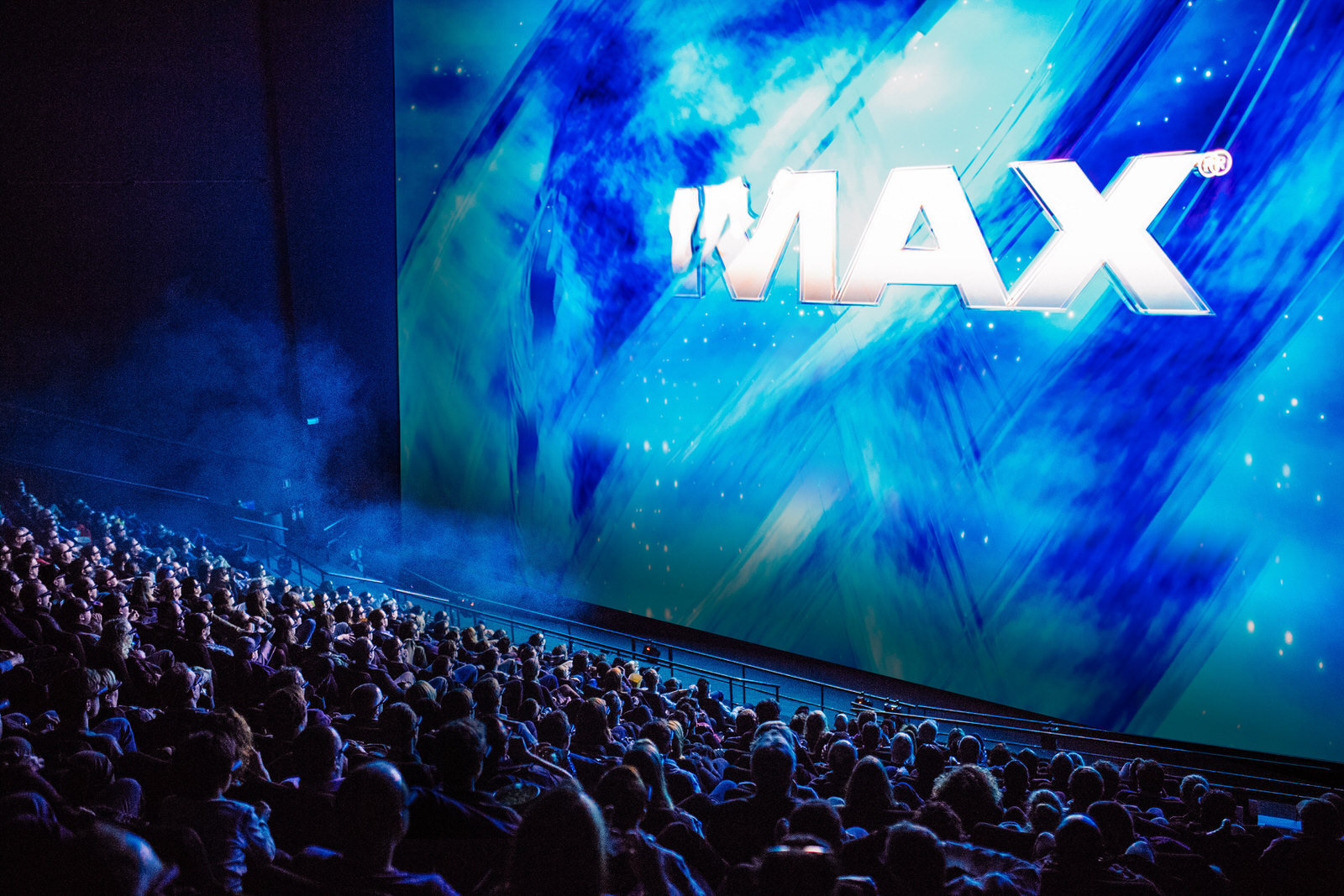 So not only did I work with Peter Jackson for nearly 7 years, but I also had the opportunity to work on lots of 3D movies with directors such as James Cameron, Andrew Adamson and Steven Spielberg, and for channels including the Discovery Channel.

I was then headhunted by Deluxe, to go to Toronto and work for the Vice President of post-production as his 2 IC, building the whole infrastructure over there. That was another great opportunity, to go to a new country, work on some more great titles and broaden my horizons in conversion 3D. It really, opened up everything in terms of what was available in 3D.

One of the things I’d always wanted to do was to work in Los Angeles, which is really where everything happens in our industry. I got the opportunity to do that thanks to Southbay Motion Picture Technologies. They were a technology startup and they wanted to have a DI facility. They had conversion technology using AI and visual effects, so they needed someone to come in and head up the whole postproduction pipelines and work as their senior colourist, whilst also bringing in new clients. It was a great opportunity for me, and it was a great opportunity for Southbay, for us to work together and to really leverage our skill sets. It was also my first experience of working with Elements. We brought in Elements technology to act as the back bone to our server and storage operations, and to equip the company with the high performance that was required. Some of our clients at the time wanted to do 6K stereo conversion, DI and mastering. Elements rose to the challenge and gave Southbay everything it required. 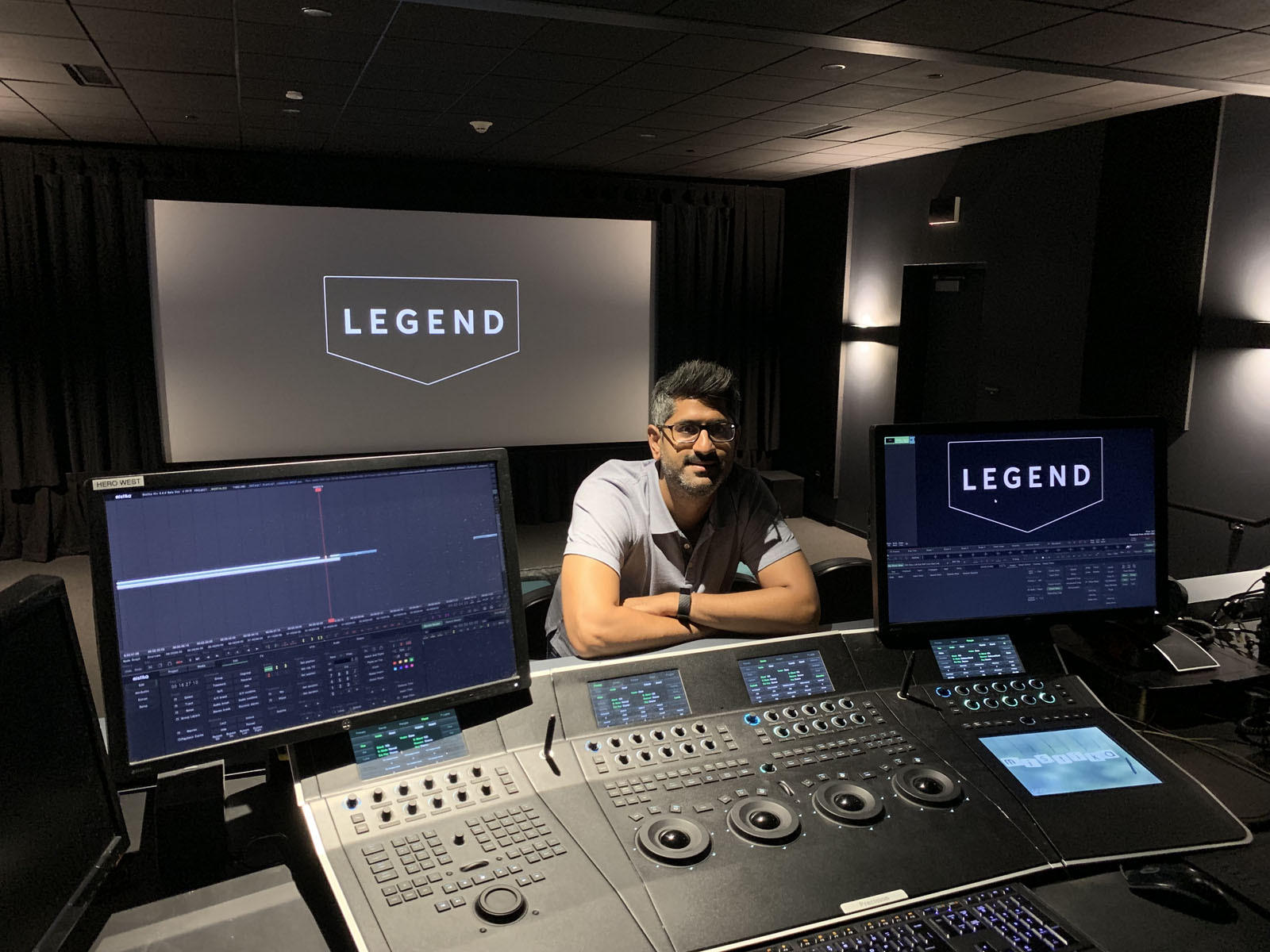 I was then headhunted for the Director of Post position at Legend 3D. At the time Legend were offering 2K, but their clients were asking for 4K and beyond. I used my experience with Elements to upgrade Legend’s facility drastically, to give it the infrastructure that it needed to cope with the new demands of visual effects and stereo conversion. Then a role at IMAX came up which I was selected for, and here I am, very happy to be working for very a successful and forward thinking company.

Fascinating, an almost meteoric career journey. Did you always want to work in the film and television industry?

When I was a kid, my goal was to be a car designer. When I was 10 years old I had a Lamborghini poster on my wall and I said to myself, I want to design one of those. Then I grew up, went to college and started studying interactive multimedia, which took me in a different direction. When I applied for the Quantel internship I didn’t know I wanted to work in film and TV. Entering the building and seeing the equipment, getting the demonstrations, seeing how this magic happens – that was the tipping point for me.

Being fully immersed in that 1.43:1 ratio, 80-100ft screen which fills the height of the cinema and being so close to the screen with that much resolution – that’s what IMAX is.

What makes IMAX different? What’s the creative intent for IMAX audiences with the titles you screen and produce?

One of the big things is our expanded aspect ratio, that’s really what IMAX is known for. Being fully immersed in that 1.43:1 ratio, 80-100ft screen which fills the height of the cinema and being so close to the screen with that much resolution – that’s what IMAX is. If you go into one of our flagship setups you can experience one of the 100ft screens with dual laser GT projectors at 1.43:1, delivering that crystal clear and high dynamic range images, along with our 12 channel immersive sound – that’s really something special to enjoy.

With advancement in home screen technologies, 10-bit 4K TVs, HDR, and now with the emergence of 8K sets, from your perspective, what’s the future role of the cinema viewing experience as a form of entertainment?

Technology can be better, but it can also be detrimental in terms of trying to achieve things in an efficient way. So, having user-friendly technology and making it better is a key thing for me.

Technology impacts so many aspects of what we achieve in the work that we do in post production. What excites you about technology from the work that you do? What do you look for when evaluating new technology?

Technology can be better, but it can also be detrimental in terms of trying to achieve things in an efficient way. So, having user-friendly technology and making it better is a key thing for me. I have had that experience with Elements when we were at Southbay and at Legend.  Putting the technology in there and seeing how user-friendly the interface was compared to the previous systems we had in place. I like to see a clean intuitive interface that I can do things with and progress with and that’s what Elements offers. I could train a producer to use it, I could train an editor to use it and I could train the IT team to use it. 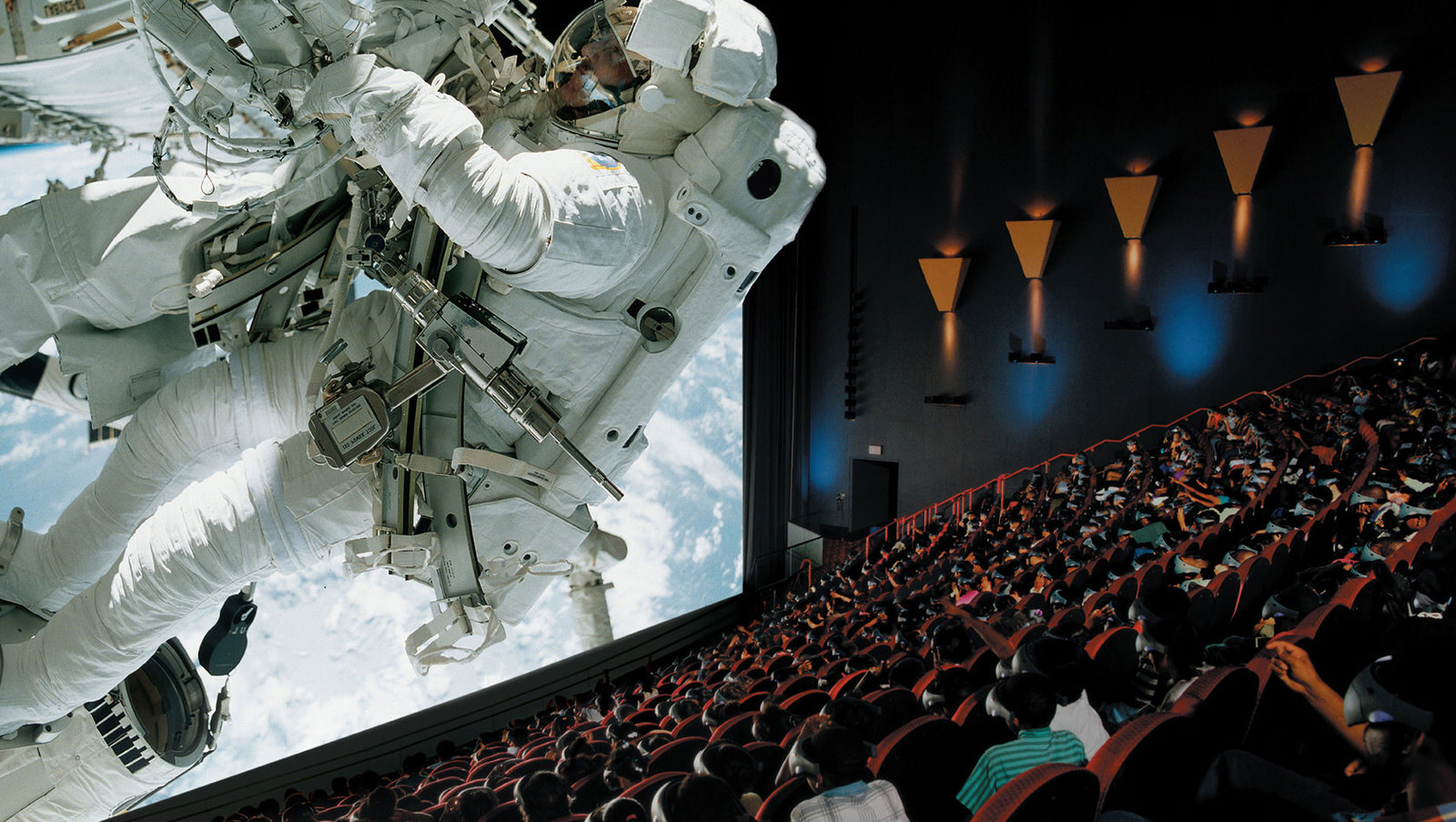 What are you most proud of in your career to date?

I’m proud of doing things at the pace that I wanted to do them at. Building my career and taking, not just steps, but leaps. Working for big organisations and being recognised by my peers for the great work we’ve achieved together. I’m only about 15 or 16 years into my career, but to date I’m very happy with where it’s taken me and what I’ve achieved. 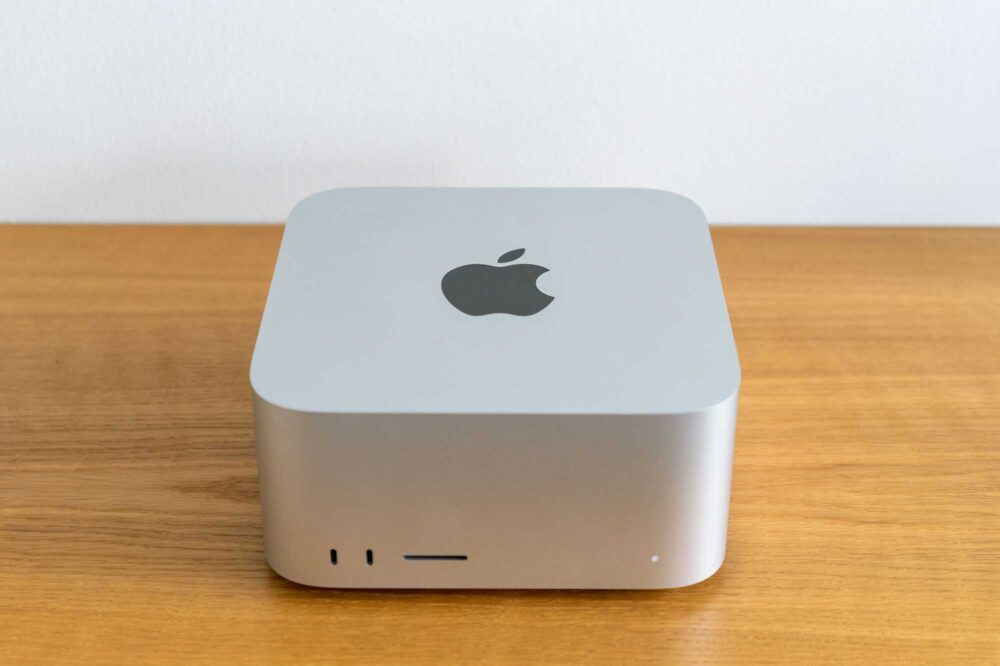 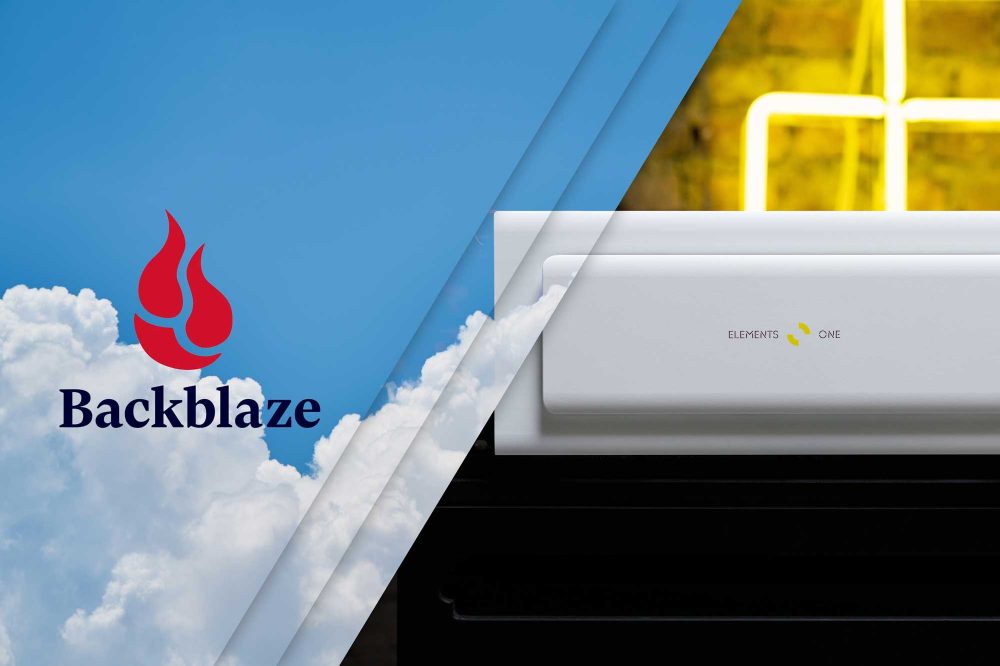 Integration of Backblaze Cloud into the ELEMENTS Platform 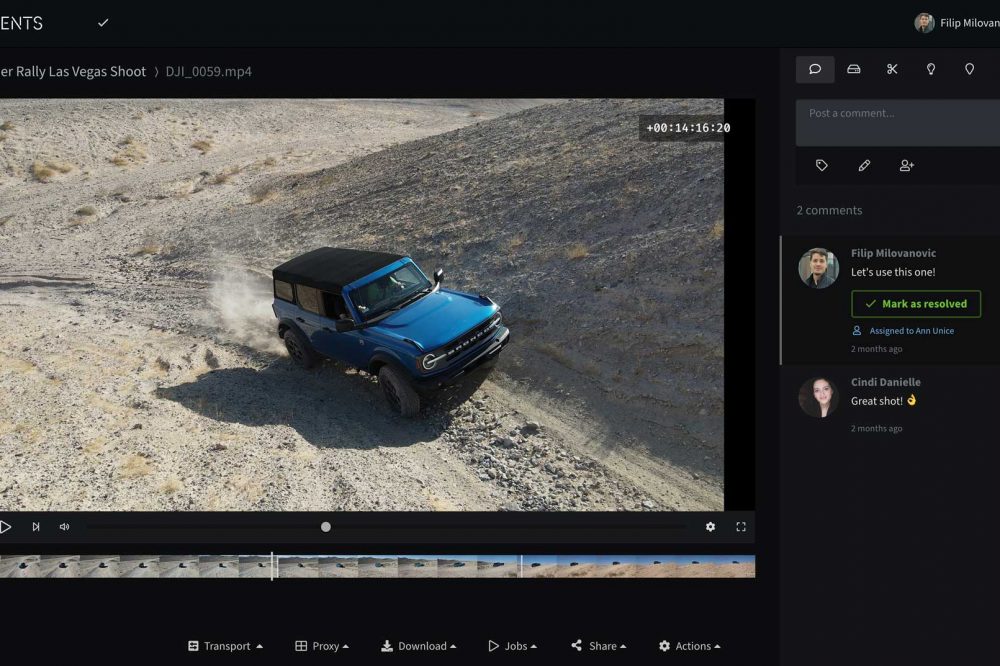