The best visual effects blow your mind because they are imperceptible.

One of the hottest post-production houses on the globe, PFX has picked ELEMENTS as their central media storage, taking visual effects of all kinds to unsurpassed levels. The truly impressive show reels demonstrate that sophisticated high-end 3D CGI, motion graphics, animation, special effects and design don’t only come out of Hollywood or London.

Operating out of two locations in the Czech Republic’s capital, Prague, the professionals at PFX take care to deliver post-production across all disciplines for customers around the world. This full service includes commercials, feature film formats and games.

Despite its young age, being founded in 2012, the list of accomplishments PFX has accumulated is long and awe-inspiring. After three years of hard work on the animated feature film “Harvie and the Magic Museum,” one of the most successful animated Europe-originated features in its domestic Czech market, PFX together with other studios Grid and Kinoatis have been rewarded by winning the the Best Animated Feature Film at the San Diego International Kids Film Festival. When the highly acclaimed movie about Jan Palach was released in 2018, PFX was awarded best visual effects at the Italian Terni Film Festival for their strong VFX work. For the award-winning Syrian war documentary “Cries from Syria” PFX participated in the co-production and handled the entire visual post-production bringing PFX the most significant recognition with an Emmy nomination by the National Academy of Television Arts & Sciences (NATAS) in 2018. 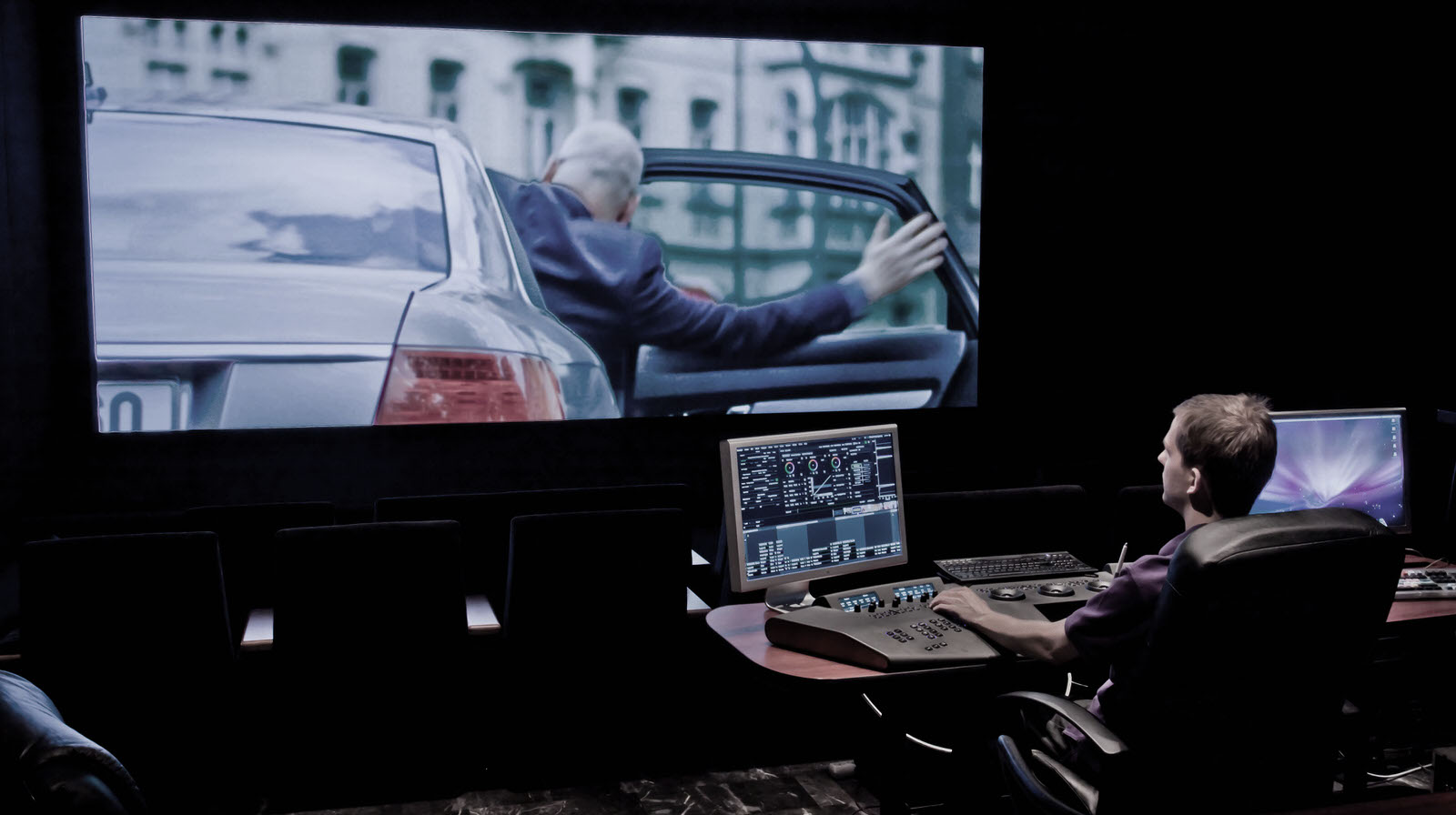 Cutting-edge – and beyond just post-production

In addition to co-producing and post-producing moving pictures at the highest level, PFX and its subsidiary Qubix develop custom made applications and tech products such as MocapX – an application which opens the full capability of the iPhone’s true depth camera and brings a unique experience of motion capture seamlessly to Maya.

Another unique tool the companies have developed is an application for exploring 3D models in Augmented Reality. While primarily designed to simplify the work of VFX supervisors on the movie set, the cutting-edge software AR Set evolved significantly over time providing remarkable benefits for architects, designers, and manufacturers.

The core business of PFX still lies in offering the full spectrum of post-production services, from color grading in a DOLBY certified dubbing and grading theatre, to editing and visual effects.

Concurrency and speed are a must

The VFX specialists at PFX spend time on set, supervising the shooting and making sure that the footage is optimally shot for the upcoming post-production. ShotPut Pro is used to transfer camera based storage to the post-production facility, ready for QC and edit.

Accurate ingest with 100% data integrity is critical. ELEMENTS ONE supports us 100%. 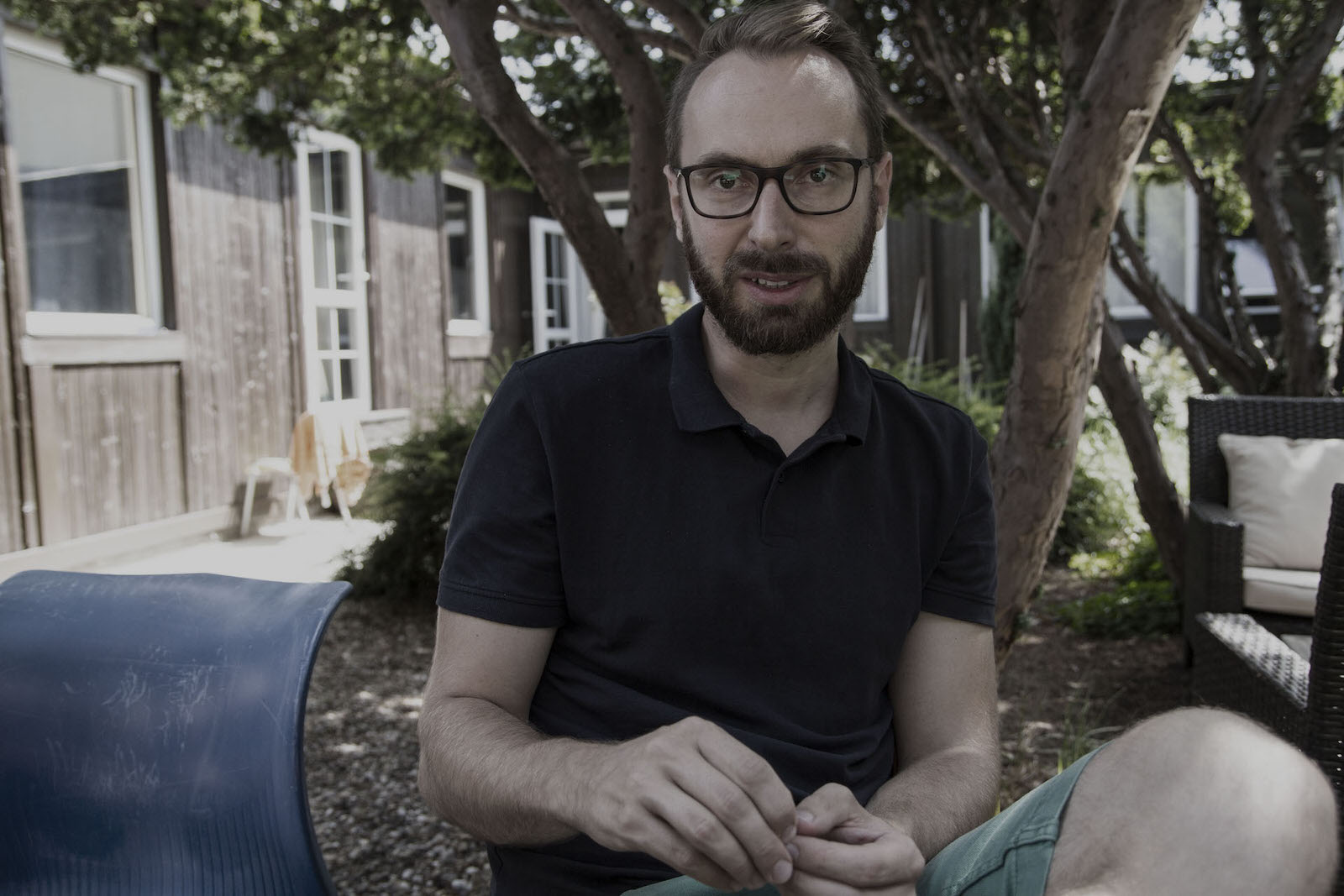 The data lab operations team at PFX, responsible for managing all data transfers, create data checksum (md5/xxhash) instantly after storage ingest to ensure absolute accuracy and data integrity. Even though the entire process was automated to a certain extent, these operations required significant bandwidth, bringing the existing SAN storage solution to its knees on a regular basis. Due to the specific performance requirements of the ingest, the SAN based connectivity of the ingest stations was maintained but connected to the high performance ELEMENTS ONE.

The internal architecture of the ELEMENTS ONE means that it can provide SAN orientated connectivity over Fibre Channel and even over IP. At the same time standard NAS connectivity is provided with Avid storage emulation providing a truly hybrid and collaborative environment.

PFX is running quite a diversified fleet of machines: 10 AVID editing suites, 3 color grading suites, 3 online suites, and 5 ingest stations, spread across two locations in Prague. With assets being transferred not only from the movie set to the existing in-house facilities but also between the two PFX locations, concurrent high-performance of the storage solution is critical.

With the existing storage environment running at capacity – both regarding performance and storage space – PFX turned to ELEMENTS’ certified partner in the Czech Republic, boneheadZ, to find a new and up-to-date storage solution.

The requirements at PFX were exceptionally high. But ELEMENTS is versatile – and fit the bill perfectly. 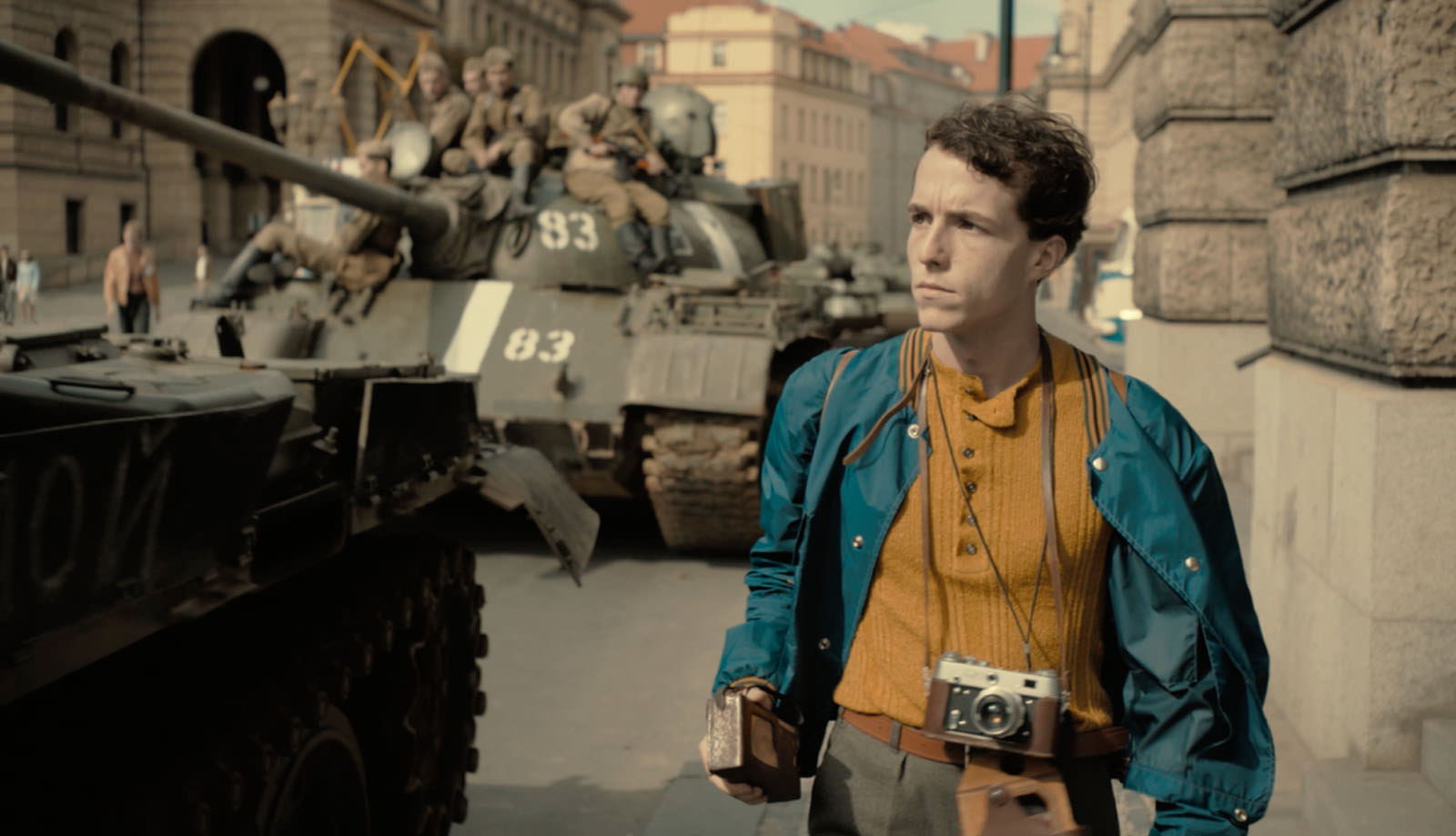 One file system for all – Avid bin-locking included

Just like most post-production facilities having Avid in their service offering, PFX had to maintain two separate file systems: One for the Avid editing suites, and another one for all other VFX, color correction, and graphics workstations. While this situation is again, common, PFX was delighted to learn that ELEMENTS makes the additional effort obsolete.

Finally we have a media storage that provides fast access and media sharing for ALL our suites simultaneously. 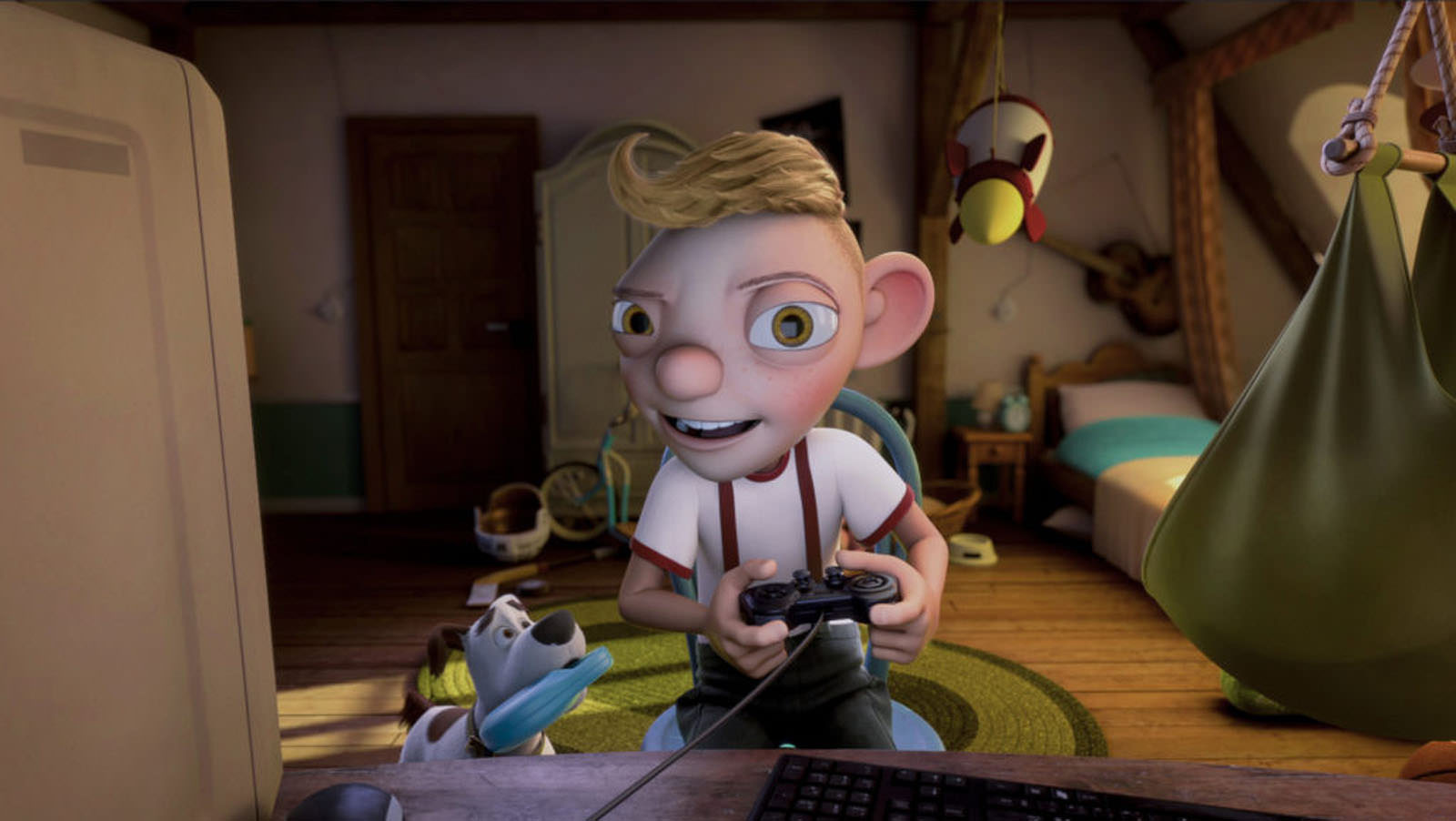 Harvie and the Magic Museum

With ELEMENTS’ ability to have Avid Media Composer read and write natively to the central file system, PFX was able to reduce their maintenance effort significantly. For the editors, this was business as usual with no additional training required and Avid’s project sharing feature of bin locking operating seamlessly.

ELEMENTS fulfills all our requirements! We are utterly satisfied. 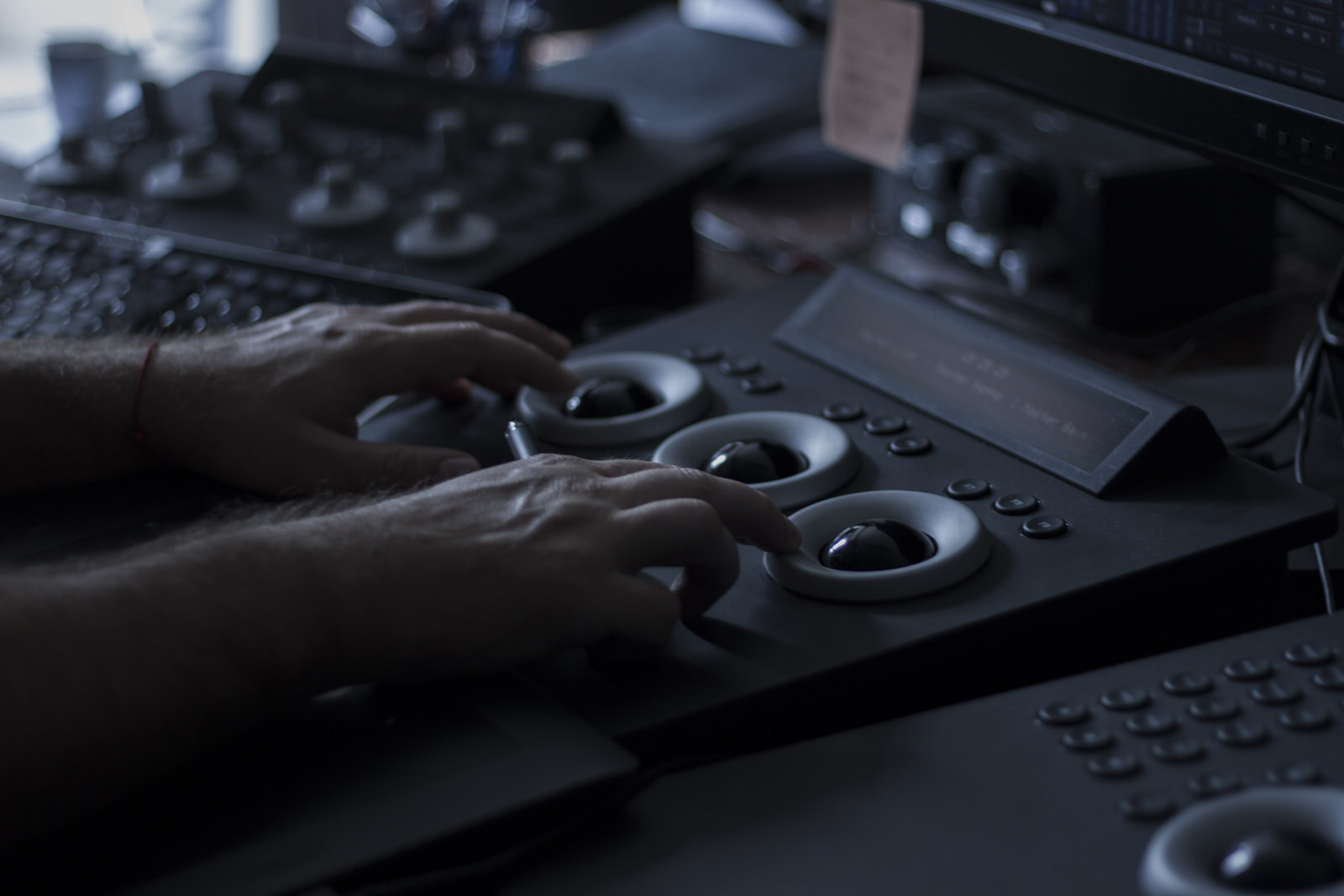