When combined intelligently, young and old can make a high-performance solution

How utilizing existing hardware can be a smart move 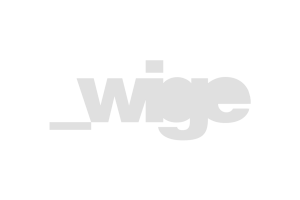 _wige MEDIA AG is one of the leading and most versatile full-service providers in the field of sports and automotive television. One of their numerous subsidiaries, _wige SOUTH&BROWSE in Munich, produces very successfully so-called Factual Entertainment: TV shows that incorporate a combination of entertainment, education, and social gossip. Their impressive list of clients include private and public broadcasters, such as the ProSiebenSat.1 group, ZDF, and Bayrischer Rundfunk with famous productions such as Galileo (ProSieben) and TerraXpress (ZDF), as well as the production and execution of the highly successful show Heimatrauschen for Bayrische Rundfunk.
In short: _wige SOUTH&BROWSE creates TV for the heart, brain, and eyes.

When in 2016 _wige South&Browse achieved their latest coup to produce the „Highlightmagazine“ for the Red Bull Air Race, the demands on storage capacity skyrocketed, requiring swift expansion of the current infrastructure. And it had to happen quickly…

A busy content creator like _wige SOUTH&BROWSE, permanently creating content year-round, does neither have time nor opportunity to shut down production to upgrade the IT infrastructure. Yet, it was necessary as their existing production network with an Apple Xsan with Mac mini servers and RAID systems was bursting at its seams. In addition, a long-awaited file system update to StorNext 5 was desired to support the latest Mac OS clients.

Another requirement of _wige SOUTH&BROWSE was to utilize the existing RAID systems and fibre channel switches. Of course a 100% Xsan compatibility was still provided after the overhaul. The biggest challenge, however, was the very small time slot available for the physical conversion of the infrastructure.

Major overhaul and upgrade during production

With ELEMENTS always making customer’s interests the first priority, it was a matter of logic: if there’s no time to tear everything down and build everything new, then everything had be hauled up during production.
Since, due to the exceptional time crunch, the “traditional way” is out of the question, unconventional measurements had to be taken.

So the experts at ELEMENTS pulled some tricks out their sleeves to accommodate the requirement of avoiding downtime. Instead of starting with a time-consuming data backup to be able to initialize the file system and restore the assets later, they were able to merely migrate the metadata to the new controller, and leave the user data untouched, keeping the configuration of the existing RAIDs unaltered.

Easily scalable – ready for the future

After the installation of their ELEMENTS SAN, _wige SOUTH&BROWSE is now able to scale their system as they please. Adding more clients to the environment, regardless of the platform or application, is easily possible at any time. Even all Avid workstations can directly access StorNext5 file system.

The new ELEMENTS SAN provides a seamless end-to-end solution, even including a professional archiving. With ELEMENTS Media Library embedded in the system, media assets can be viewed and managed anytime from anywhere.