ELEMENTS’ big debut in the USA: It was almost the same like IBC – just “all-American”.

To our great pleasure, the build-up of our first US booth was almost finished when we arrived in Las Vegas on a sunny and hot Saturday. After getting over the temperature (and culture) shock, we were able to instantly get started with the set-up and install of our systems – getting ready for the big show! 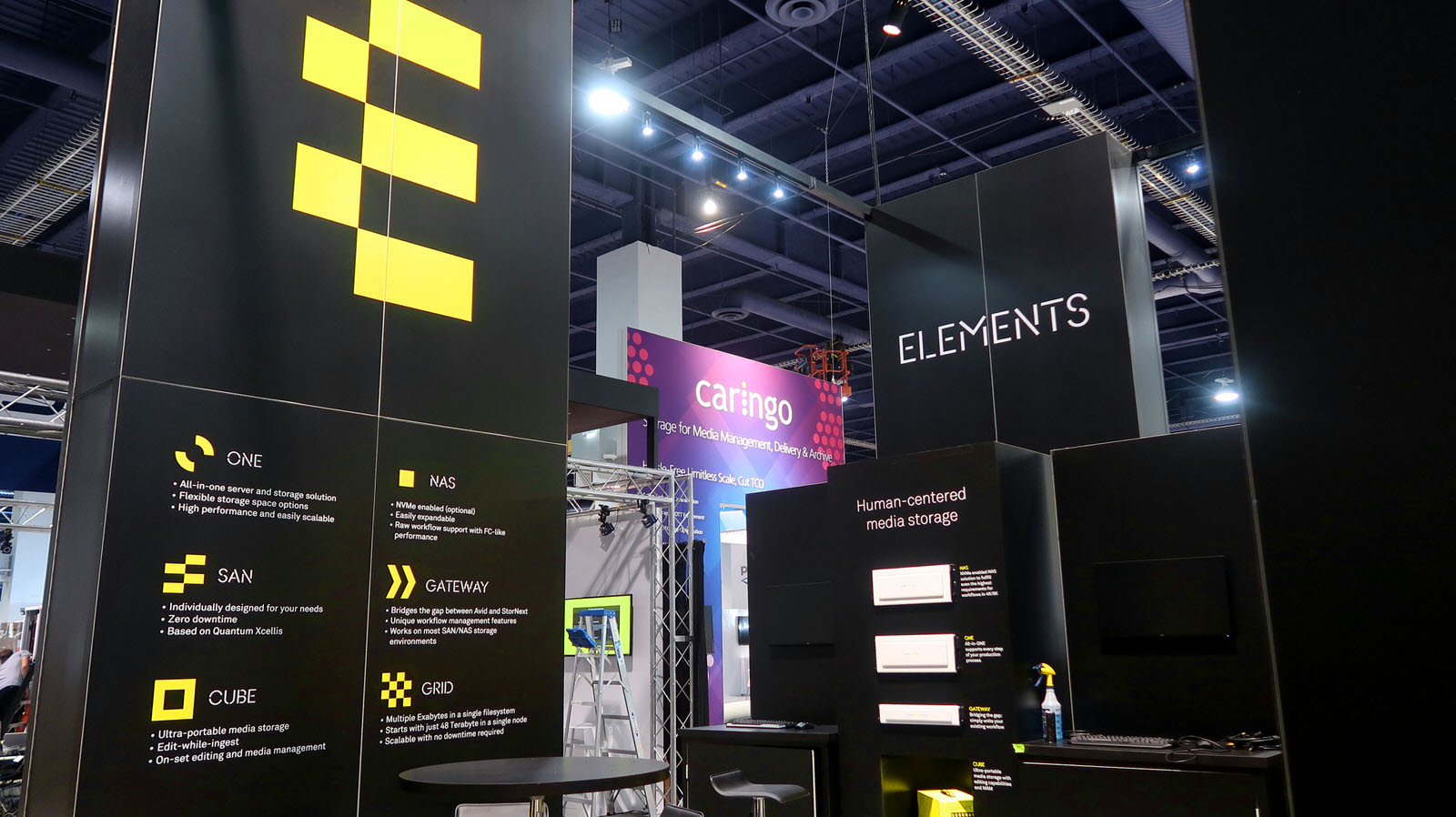 For the past several years at IBC, we were used to a PACKED booth with loads of people visiting us – and NAB took off just the same! We were booked back-to-back, and busy giving demos throughout the entire day! 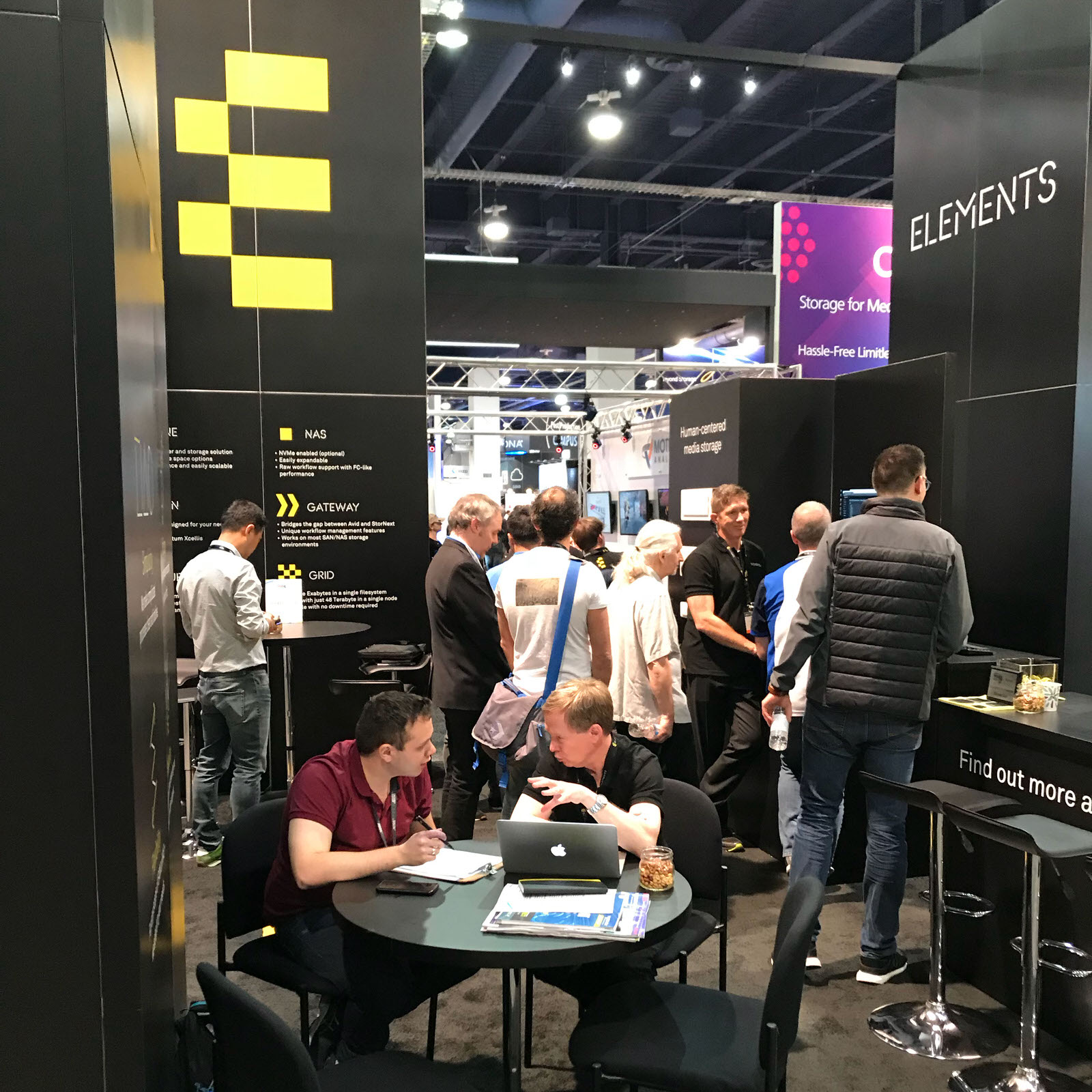 The second day started with GREAT NEWS! While we energetically introduced countless people to ELEMENTS human-centered media storage at the booth in South Lower hall again, in Central hall ELEMENTS Click was awarded the 2018 Prime Award! In the Collaborative Workflow category Studio Daily recognized Click as a game-changing new product that revolutionizes the way companies access the cloud. We are so thrilled! 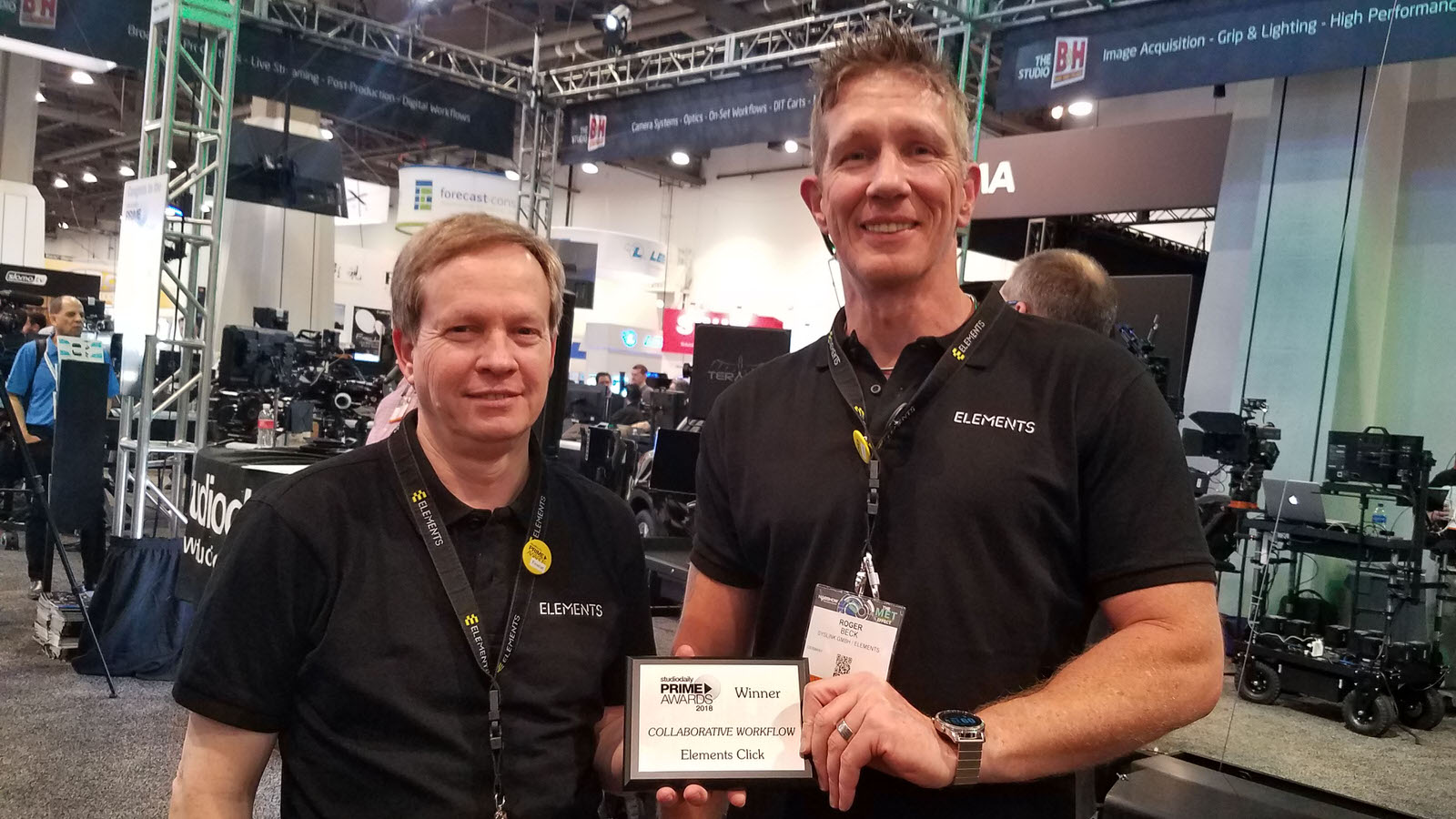 The huge interest in our solutions was really overwhelming, and we are grateful for all the positive feedback we’ve received from the professionals from all around the world. Especially the newly embedded AI capability, powered by Veritone® has brought us countless favorable comments and praise. Since Quantum enabled us to update the existing ELEMENTS SAN at Europe’s largest private broadcaster with StorNext®6 with recently added FlexSync option, we felt compelled to assign Quantum our first Technology Partner Award! 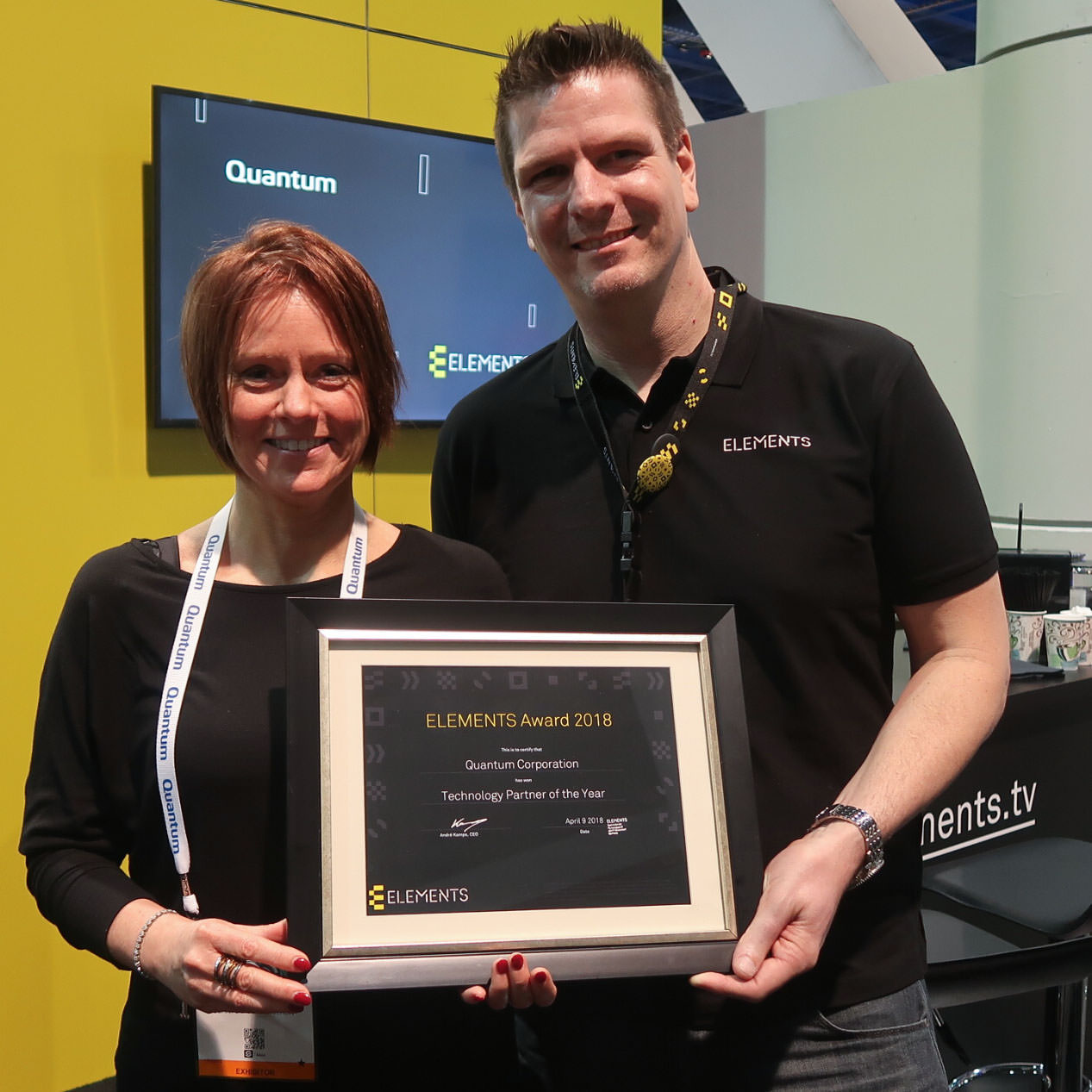 After we almost ran out of buttons, the last day of the show closed at 2pm. Yet, we had a whole bunch of people dropping by our booth, asking to learn about our solutions at the very last minute. But the biggest achievement of this day: we set a new record for taking down a booth! The entire team worked in concert to dismantle the equipment and pack everything up – clicking like clockwork! 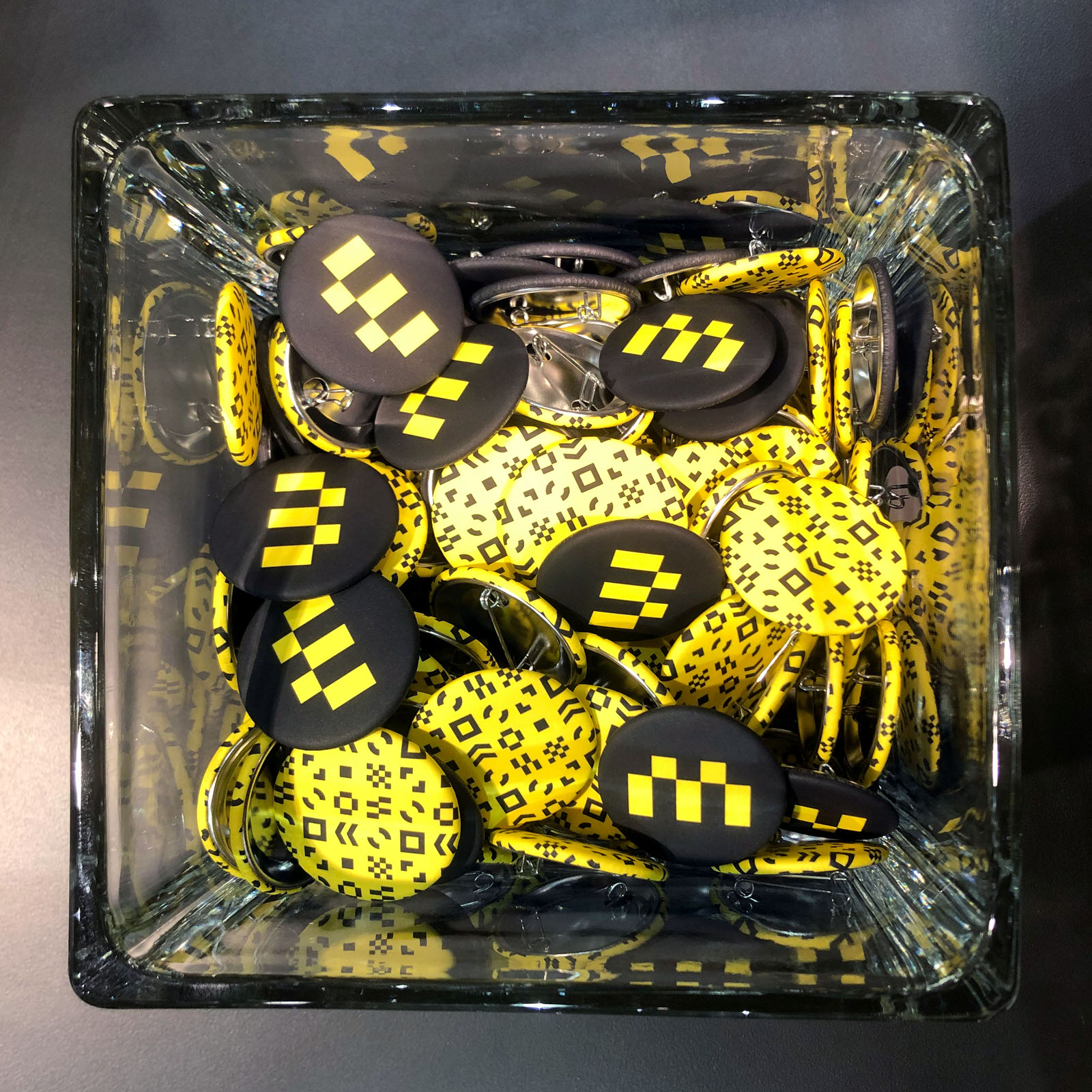 Thanks to everyone who stopped by our booth that made our first appearance at the most important show in the US a tremendous success!

We’re truly excited that the value of ELEMENTS media storage – that is so much more than just storage – seems to be as appealing to you as to the customers in Europe. 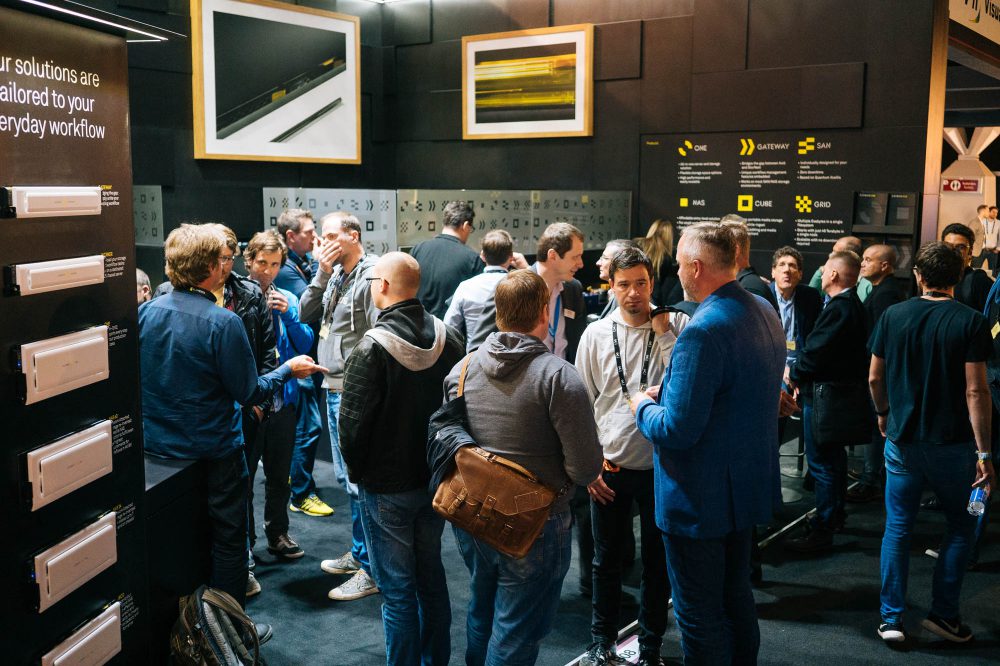 IBC 2017: our diary of a successful show