Dusseldorf, Germany, July 14, 2017: ELEMENTS, developer of advanced solutions for unrestricted collaboration in shared media workflows, is opening a world of possibilities with the release of an expanded version of its popular ELEMENTS NAS storage solution at IBC 2017. NAS will now be available in a 60bay expandable version with 25/100GbE support, marking a departure from its reputation as an entry-level only unit and positioning it as a cost-effective alternative and fierce competitor of solutions that rely on the considerable expense of Fibre Channel connectivity. This latest addition to ELEMENTS line-up will be demonstrated at IBC 2017 on Stand 7.B08 alongside the Company’s flagship one-of-a-kind ELEMENTS ONE SAN/NAS server, ELEMENTS GATEWAY and ELEMENTS CUBE. 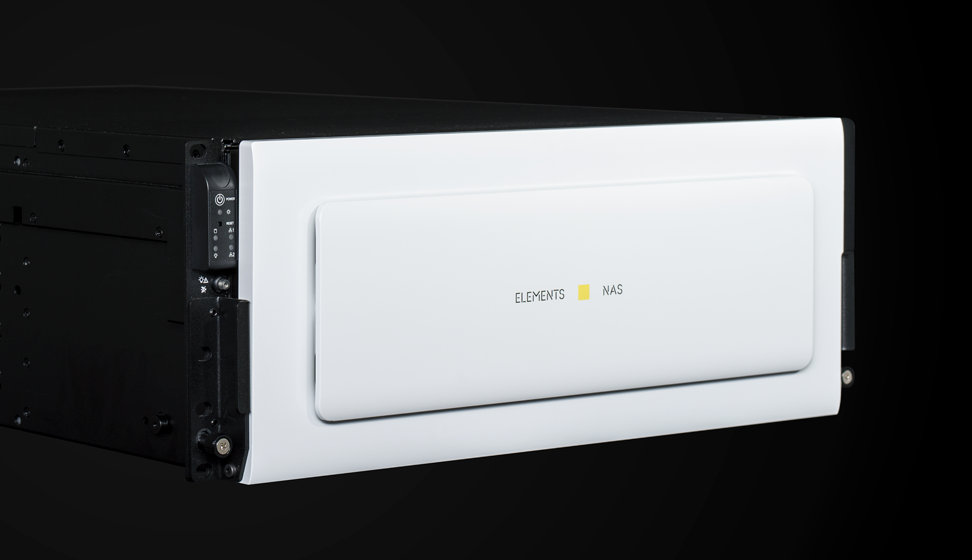 ELEMENTS NAS, previously offered in only a 24bay configuration, provides the features and benefits of big brother ELEMENTS ONE – including the full package of workflow enhancement tools and the optional Media Library – in an easily integrated storage solution ideal for smaller workgroups without the need for block-level access. No IT skills are required, making set-up quick and easy with a rapid path to collaboration.

IBC attendees will be the first to see the new ELEMENTS NAS 60bay version, expandable via JBODs, with all new improvements, such as real snapshots and VSS support, higher stream count performance, significantly higher small-file/random IO performance and the same RAID controller layout as ELEMENTS ONE.

“We are delighted to introduce an expandable NAS storage solution at IBC that incorporates the features needed to easily accomplish collaborative editing,” says André Kamps, ELEMENTS CEO. “What’s even more exciting, however, is the support of remote direct memory access (RDMA) for raw workflows on Linux (Flame/Baselight/Resolve). We’re anxious to share this development with our customers and the market at large at IBC.”